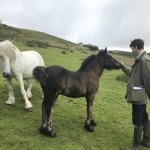 RORY TO LAUNCH THE REIVER RIDE

Rory will this Saturday be joining more than 50 horse riders on the first Reiver Ride to celebrate Cumbria’s Border Reiving history. Local riders and others from as far afield as Durham, York and Lockerbie will be travelling to Bewcastle for the inaugural Reiver Ride, which Mr Stewart will also be riding in. Two routes of […] 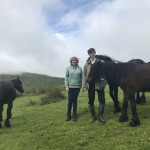 Rory visited a group of fell ponies on Roundthwaite Common to learn more about their heritage and current pressures breeders feel they are under. Libby Robinson, of Globetrotter Stud, took Mr Stewart to visit her mares and foals on Roundthwaite Common ahead of an exhibition she has organised, ‘The Heritage of the Hill-bred Fell Pony’, which opens at […] 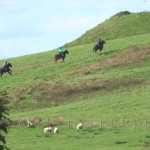 Rory is delighted to launch The Reiver Ride – a journey through The Forgotten Lands to celebrate the rich Border Reiving history of the area. The Reiver Ride on Saturday, September 7th, is the first of what will become an annual event, with different routes every year. Riders are invited to choose between two routes […] 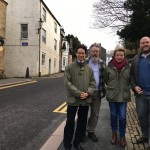 Rory, together with a group of locals, has launched a campaign to save Alston’s cobbles. Alston is one of only a handful of traditionally laid ‘A’ roads surviving in the North of England. The setts (rectangular cut stones as opposed to cobbles) have a very special place in the heart of the Alston community and […] 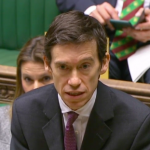 Rory was disappointed to hear that Cumbria County Council has approved the deregistration of 3,230 ha of common land owned by the Ministry of Defence at Warcop. He said: “Although I welcome the fact that 23 per cent of the total area – known as Area Victor – was not deregistered, as a passionate supporter […] 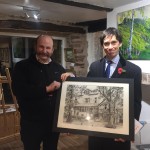 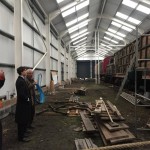 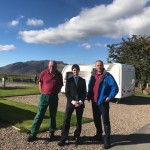 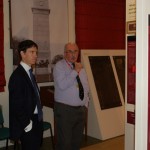 Rory visited Cumbria’s Museum of Military Life in Carlisle Castle to tour the ‘Lest We Forget’ exhibition and learn more about Cumbria’s military history. Mr Stewart met with Stuart Eastwood, the curator, and the two toured the Museum together. Rory was shown around the permanent collection, which features items spanning three centuries. Many of them […] 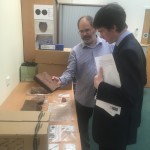 Rory has visited the offices of Carlisle-based commercial archaeologists Wardell Armstrong, to study their recent, major discovery of a Roman bathhouse. Wardell Armstrong, in excavations beginning in May 2017, have uncovered the remains of three separate rooms along the Northern bank of the River Eden, in central Carlisle. All the rooms contain evidence of under floor heating and were discovered […]