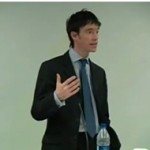 62 Years of Unrest: Regional and International Ramifications of the Kashmir Conflict

Rory discusses the regional and international ramifications of the Kashmir conflict 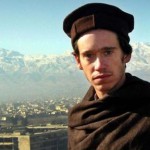 Article first published in the Daily Telegraph by Anna van Praagh on 1 November 2009.

Britain doesn’t make men like Rory Stewart any more. The former diplomat has trekked 6,000 miles across Asia; at 28, wrote a best-selling book, The Places in Between, about the walk; was governor of a province in Iraq at 29; and last year, as well as becoming a Harvard professor, was hailed by Esquire magazine as one of the 75 most influential people of the 21st century. Brad Pitt has already bought the rights to his biopic. And he’s only 36.

Now the man The New York Times once described as “living one of the most remarkable lives on record” has been selected for the safe Conservative seat of Penrith and the Border (the current MP, David Maclean, is stepping down because of ill-health). News of Stewart’s selection has been universally well-received, even by commentators on the Left: a Guardian columnist, no less, said Stewart was “a guy I’d vote for, whatever his party”.

“I’m absolutely over the moon,” says Stewart of his selection. He is about to fly to Harvard and hand in his resignation before returning to start work on his campaign. He wants to buy a home in the middle of the constituency – the largest in Britain – so that he can reach anywhere within a day by foot. Indeed, he has already spent 10 days walking from his parents’ home in Crieff to Penrith to familiarise himself with the landscape. He is tickled by my suggestion that he might become known as “The Walking MP”.

We meet in a west London café. Dressed in an immaculate suit and silk tie, Stewart is unfailingly polite and mentally spry. He talks at length of his shock and sadness over the expenses scandal. Living in the States amid the heady idealism of the Obama administration, he is struck by how badly it has gone down over there. “They always believed UK politics were squeaky clean. They have been horrified by it all.”

When Stewart met David Cameron and told him he wanted to stand, he was “polite, but neutral. Not particularly supportive. He asked me if I was certain this was what I wanted. He advised me to think it through very carefully.”

Like Cameron, Stewart is an Old Etonian, but he is quick to deny accusations he is joining an old boys’ club. “I wasn’t at school at the same time as anyone in the [shadow] cabinet. I have no network.”

Still, his impressive CV might strike fear into Cameron, whose own contains a comparatively drab seven years in the communications office at Carlton TV. But Stewart, who regrets asking a journalist earlier this year whether she thought he should become prime minister (“I was making a joke”), refuses to be drawn. “It would be unbelievably cheeky of me to presume to rise too quickly.”

Stewart is best known for his epic solo walk. From 2000 to 2002, he took in Pakistan, Iran, Afghanistan and India. “I’m really bad at explaining why I did it,” he says now. “I had a lot of romantic notions about what it would mean to cross Asia by foot.”

The walk included a 400-mile trek in mid-winter from Herat to Kabul in the days after the fall of the Taliban. The experience helped him set up the Turquoise Mountain Foundation, a charity that helps regenerate Afghanistan by teaching crafts to locals. His unique insight also means that he is a regular consultant on Afghanistan to Hillary Clinton and the US special envoy Richard Holbrooke. Does he wonder why he is never called upon by the British?
“Ninety per cent of the troops are American,” he shrugs. “They’re the ones who wake up at 2am worrying about whether they’re doing the right thing. Brown’s approach is much more complicated. He’s thinking about how this or that decision will play with the Obama administration, the army, the public, the media.”

It is Stewart’s belief that the Conservatives will find it much easier to deal with the Obama administration. “Brown is seen as a lame duck in the US, and people in Washington aren’t interested in talking to him.”

Once on the back benches, Stewart will argue for a major rethink on intervention. “Rebuilding Afghanistan, even to the level of Pakistan, would take 30 years of huge investment. And why should we commit? Al-Qaeda are internationally focused, educated, middle-class Arabs. They’re not in Afghanistan. The CIA are almost certain Osama bin Laden is in Pakistan. And if it’s poverty we’re worried about, we should be in Africa. We need to step back and take a good look at a map of the world and realise there are more important places to focus on.

“I’m not saying we should withdraw completely from Afghanistan as we did in the 1980s,” he continues, taking a gulp of black coffee, “but neither should we create a massive unstable edifice we can’t afford to maintain. We’re about to create an Afghan army made up of 450,000 troops: this is four times the size of the British
Army and would cost more than $2 or $3 billion a year to maintain. The annual revenue of the Afghan government is $600 million so this would be 500 per cent of their revenue. In Britain we spent 10 per cent on ours, and their population is half the size. And who do you think is going to end up paying for it?”

Stewart speaks elegantly in perfect, to-the-point paragraphs. He once told a former colleague that he added “ums” and “ers” to his speech at school because he was scaring the other children. He speaks Parsi, Dari, Urdu, Nepali, Serbo-Croat, Indonesian, French, Greek and Russian and is, it seems, the closest thing Britain has to a modern-day Lawrence of Arabia. The similarities are not lost on him: Stewart has just made a documentary about Lawrence for the BBC.

At Harvard, where he was director of the Carr Centre for Human Rights, his lectures on “War, States and Intervention” were so popular that students would sit on the floor to hear him expound on anything from the Enlightenment to musings on the philosopher, economist and political theorist John Stuart Mill.

“The students all have experience in war-torn countries, and are all terribly practically-minded. ‘What’s the take-away, Rory?’” he says, in an American accent. “’How can we use this on the ground?’”

Learning on the ground is something Stewart has much experience of. Born in Hong Kong to a former diplomat and his academic wife, Stewart describes his childhood as “idyllic”, a fact for which he credits his father, who is 50 years his senior.

“We lived in London when I was very young and he would wake up at six every morning and teach me fencing in Hyde Park or play pretend Napoleonic battles with me before taking me to school. When my father was posted to Malaysia, we’d take bacon-and-egg sandwiches in our backpacks and go hiking in the jungle or make bamboo rafts to sail down rivers.”
Stewart has a sister, Fiona, 32, who has Down’s syndrome and to whom he is very close. She has taught him, he says, “that there are many different ways of being”.

After Eton, having impressed the Prince of Wales at a school dinner, he tutored the young Princes. “They were 11 and eight and not very interested. I was a crap teacher: they were on summer holidays and would have preferred shooting rabbits or whatever.”

He then joined the Black Watch for a year. Finding army life “not as interesting or glamorous” as he had hoped, he left to study history and philosophy at Oxford. Fast-tracked through the Foreign Office, he was posted to Indonesia in late 1997, just before the country’s economic collapse.

It is hard not to wonder whether someone so accustomed to such adventure might find life as an MP tedious. Stewart claims he would be suited to constituency work, but tellingly illustrates his argument by describing life not in Penrith but in Afghanistan.

“A couple of weeks ago I was in Kabul. In the morning I was dealing with the deputy ceramics master who had threatened to kill the ceramics master; then I got into a long conversation with some of the villagers about sewage problems. Then in the afternoon I met with some generals from the army and had a conversation with people from the UN about strategy, incorporating what I had learnt from talking to people.”

As for other politicians he admires, he marks out two, both Tories: William Hague (“Very good at listening, has a great understanding of history and a sharp mind”) and Michael Gove (“His educational policy is impressive, exciting and well thought through”).

Apart from political ambitions, Stewart has other, more personal reasons for coming home. “I want to ‘normalise’ myself,” he says, suddenly looking very serious. “I would love to have a family. But that’s jumping the gun.”
He gives a thin smile. “I’d like to find a girlfriend.”

He hasn’t, he says, been in a serious relationship for over seven years. As we leave the café, the mood dims; the subject seems to have wearied him.

“I have planted over 6,000 trees at home in Scotland, some of them oak. I’d like my children to be able to watch them grow.”