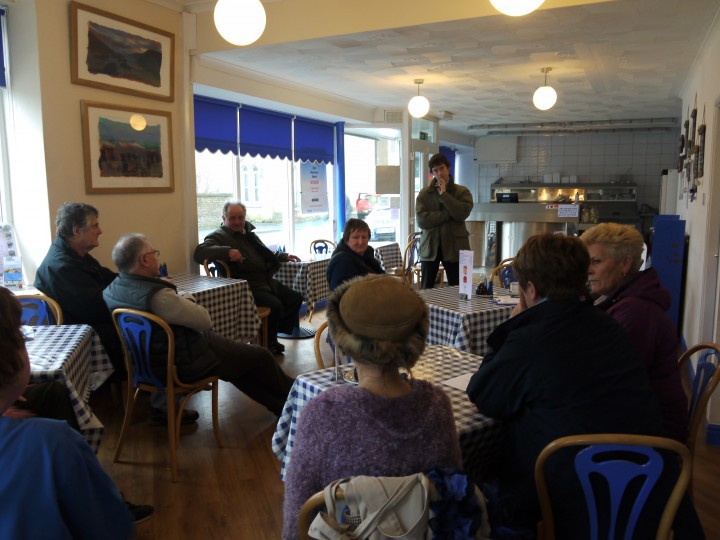 Rory meeting flooded residents in Shap at the Shap Chippy.

Rory Stewart MP, the Prime Minister’s newly-appointed Floods Envoy for Cumbria and Lancashire, has spent time visiting flooded communities in Shap and Maulds Meaburn, meeting with residents and business owners to discuss local damage caused by the recent floods. He said he was keen to make sure that as a Minister he saw rural communities who had been effected but which had been less in the news during the flooding. This follows recent visits to see the floods in communities such as Grasmere and Warcop.

Residents gathered to chat to Rory as he held ​ the​ floods ​’​surger​ies​’ in the Shap Chippy supported by local Eden District Councillor John Owen, and at the Maulds Meaburn Village Institute supported by Eden District Councillor Joan Raine. The meetings were the latest in a series of visits that Rory has made, overlapping his role as constituency MP with that of Floods Envoy.

Rory used the meetings to consider the localised issues in both areas, resolving in Shap to help broker a more open and positive dialogue between the community and Network Rail, and in the Lyvennet Valley introducing an Environment Agency official to the community representatives, who has resolved to take concerns around the meander and weir of the river back to the Agency for further investigation.

The surgeries followed the second meeting of the Cumbria Floods Partnership in Cockermouth​, where River Catchment Directors were announced as part of the catchment-based investigations and resilience work to be done as part of the Partnership’s remit.

Rory said:​ “It is important that no single community, wherever they are in the county or country, feels as if they are being ignored. The Environment Agency has worked very hard to visit as many flooded homes and businesses as possible, and we are trying very hard to address all the local issues that are raised in these meetings. Nobody knows these rivers better, than our local communities do. I am very pleased that a Catchment Director, Jim Ratcliffe, has been appointed, and Jim will be able to support in feeding specific, localised information back into the Cumbria Floods Partnership, so ensure that the right resilience measures are put in place.”

Rory has also successfully brought about the positive dialogue between the Environment Agency and Warcop Parish Council following his recent visit there, resulting in the parish council being permitted to carry out maintenance works as part of the efforts to reduce water levels. 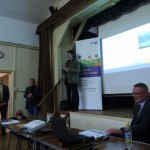 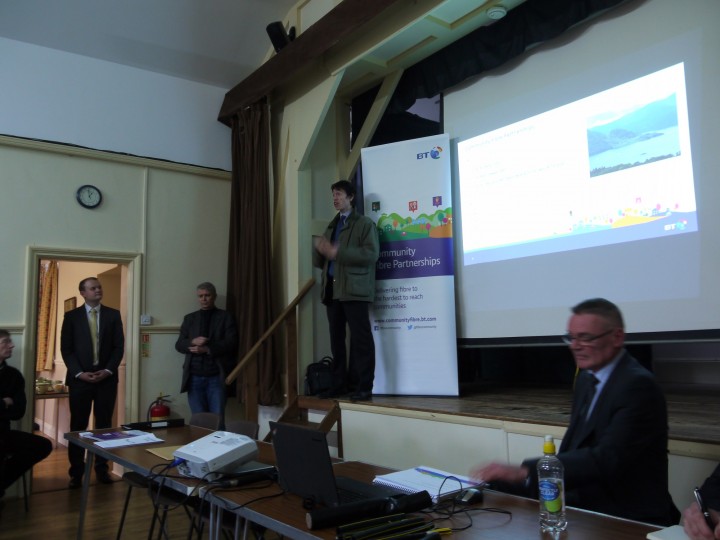 Following his commitment at a Matterdale parish council meeting in 2015, Rory Stewart MP brought the managing director of the BT Group, Bill Murphy, to Watermillock Village Hall on Friday, to talk directly to local Ullswater communities about the options for delivering superfast broadband to the outlying properties and businesses in the various parishes around the lake.​ He is encouraging other parishes who wish to explore alternative methods of delivering superfast broadband to remote communities, to get in touch.​

Rory opened the meeting by thanking the local parishes for organising the substantial turnout of close to one hundred people, and thanked Bill Murphy for travelling to Cumbria to reinforce his commitment to delivering results in difficult remote areas. Speaking at the event, Rory said: “We are very, very lucky to have the managing director of BT here today, highlighting how important it is to continue driving superfast broadband as wide and as deep as we possibly can. Broadband delivery in Cumbria varies from area to area, and it is important to learn from other models that might have valuable learning for how to bring fast speeds to Ullswater, and tailor the programme to the area. It is brilliant to see such committed communities represented here today: half the battle is harnessing community energy, and bringing that energy together with government and the private sector to bring broadband to every home and business.”

Bill Murphy of BT said: “We’re far from finished in Cumbria. As long as you, the community, is prepared to do the work, so are we; we will keep chipping away until we deliver in this area.”

Joining Rory and Bill was Libby Bateman, who led the Fell End ‘build and benefit’ rural broadband model, a 15-kilometre network of fibre-to-the-home connecting 58 rural properties, including 24 businesses. Libby demonstrated how the community, government and BT had worked together to create the successful model, and encouraged all in attendance that it was possible.

BT’s Matt Lloyd presented on the rolling out of BT’s Community Fibre Partnerships, where Openreach works with a local group which is not covered by an existing fibre upgrade plan, to find a solution to bring fibre to their area. The community works directly with Openreach and helps fund part of the fibre build. 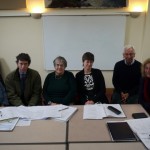 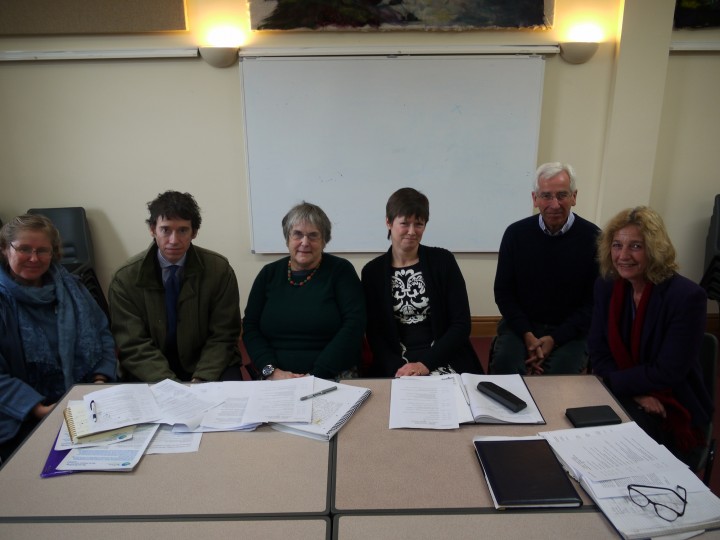 Rory Stewart, MP for Penrith and The Border, has committed to hosting an important event focusing on Rural Transport in Cumbria, to which he will invite fellow Cumbrian MPs and interested parties to meet and discuss the obstacles and potential solutions to delivering rural transport to communities in the area.

On Friday he met with representatives of the Community Transport Forum, Liz Clegg and Peter Smith; Alison Clegg of the NHS Clinical Commissioning Group; Cheryl Cowperthwaite of the County Council’s Transport Department; and Lorrainne Smyth of ACTion with Communities in Cumbria, where he received briefings on community, public, school and healthcare transport, and discussed a range of issues relating to rural transport, including subsidies for bus travel, the provision of transport for 16 to 18-year-olds, rural sharing and car schemes, and the ‘rural-proofing’ of transport policies in remote areas.

Rory Stewart MP said: “Holding a Rural Transport event for Cumbria is an absolutely priority for me. I was very grateful to receive up-to-date briefings today on the situation in Cumbria in relation to community, school, public and health transport, and I think it is absolutely vital that we get people together to try and find solutions to the problems that clearly exist. It’s difficult, but I am confident that there are solutions out there. Just as we are overcoming issues of sparsity in terms of mobile technologies, so too can we try and overcome issues of isolation through looking more closely at how our communities are served by transport. I am looking forward to hosting this event in the Summer, and to inviting my fellow Cumbrian MPs of all parties.” 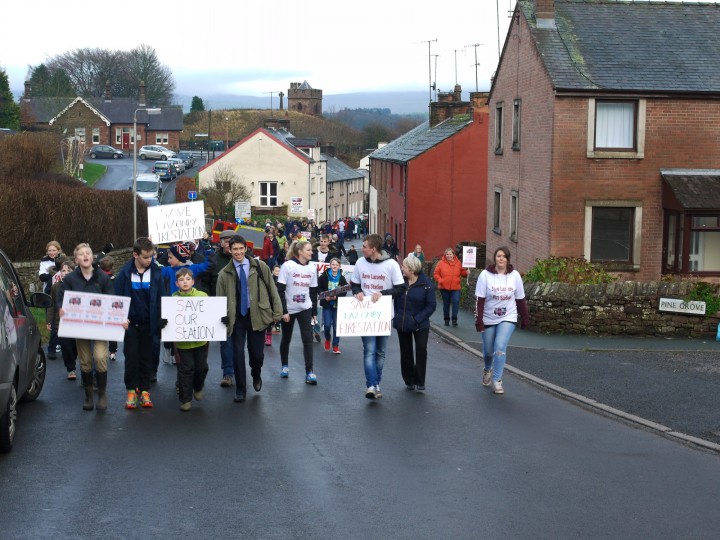 Rory Stewart MP has congratulated Lazonby’s firefighters​, its community​, and dedicated local councillors Gordon Nicolson and Hilary Carrick​ for ​their​ successful campaign to retain the station, which has resulted today in the announcement that the County Council has stepped down on its plans to close five of Cumbria’s fire stations.​ Rory has been a supporter of the campaign since its inauguration, and has participated in discussions and on the recent march, calling directly on the Council for the retention of the important local service.​

​Speaking today Rory said:​ “This is fantastic news. It shows, once again, that frontline services do not need to be cut in order for our local authorities to make savings. And I would like to reiterate my strong respect and thanks for the role that Lazonby’s retained firefighters ​have ​played ​in this campaign and during each and every emergency situation they have been called out to, most especially recently ​during the ​devastating ​floods​. I am absolutely thrilled that this campaign has won the results we wanted, and this is great news for communities and services all across Cumbria.”​ 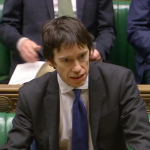 Rory, in his capacity as Parliamentary Under-Secretary of State for Environment, Food and Rural Affairs, answered questions in the House of Commons today. Watch it here: 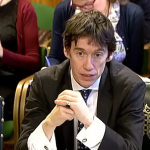 RORY APPEARS BEFORE THE ENVIRONMENT AND RURAL AFFAIRS COMMITTEE

Rory, in his capacity as Parliamentary Under Secretary of State for Environment and Rural Affairs, and Oliver Letwin MP, Chancellor of the Duchy of Lancaster,  appear before the Environment Food and Rural Affairs Committee on 3 February 2016 to answer questions on air quality.