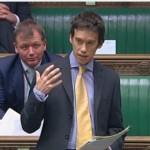 Local MP, Rory Stewart, has welcomed a decision by the Local Government Ombudsman which will see a number of families in the Ravenstonedale community reimbursed for school transport costs charged by Cumbria County Council. Following the closure of Ravenstonedale Endowed School earlier this year, the council charged them for transport to the nearest open primary school in Kirkby School. Rory Stewart, alongside local councillors, supported residents’ appeal to the LGO, arguing that County Council was avoiding their statutory obligations to provide free transport to pupils under 16 years of age, placing an unfair demand on parents to meet these substantial costs themselves. The Penrith and The Border MP had written on a number of occasions to the County Council, asking them to reconsider their ‘nonsensical’ position, but when the Council refused to do so, local residents were left with no choice but to take their case to the LGO as an independent adjudicator.

“I am so pleased the Ombudsman has sided with Ravenstonedale families, who should never have been made to pay these charges. I have been a vocal opponent of the council’s position on school transport in general, and I still believe it is deeply unfair to expect rural families to meet the cost of transport for children aged 16-18 years to attend school Sixth Form. But the council has a statutory obligation to provide free transport for students under the age of 16, and their attempts to charge Ravenstonedale families for transport costs to Kirkby Stephen primary school, when it had become the de facto nearest schools their children could attend, was nonsensical. This is a victory for local residents standing up for what is fair, and I hope the council will ensure that families are reimbursed as quickly as possible.”

RORY RETURNED WITH HIGHEST-EVER MAJORITY IN PENRITH AND THE BORDER

Last night, Rory Stewart won the highest ever majority in Penrith and the Border since the seat was first created in 1950. He nearly doubled his 2010 majority from 11,241 to 19,894. This represents – at an increase of 8,653 votes – one of the largest increases of a majority in England in this election.

He won a total of 26,202 votes from a turnout of 44,057, representing 60 per cent of the total vote in an election which saw in the constituency a turnout of just below 70 per cent.

In his acceptance speech, Rory said that he represented the most beautiful constituency in the United Kingdom. He said it was “an immense privilege to serve a Cumbrian electorate”, that he was “deeply honoured by the increase in his vote and determined to work even harder for cumbria over the next five years”.

Speaking at the count in Penrith – which was declared at 5:30am on the morning of Friday May 8th – Rory paid tribute to his opponents and said:

“This has been a fine campaign. People complain a lot about politicians, but my fellow candidates have been honest and straightforward and, from the moment we first met at Alston’s hustings, I have learnt a great deal from them. I want to say what an immense privilege it has been for me to have had the extraordinary honour of representing Penrith and The Border; this is the most beautiful constituency in England and over the past days I have travelled through almost every village, seeing Penrith and The Border at its very best. I pay tribute to all the communities who make up this wonderful county.”