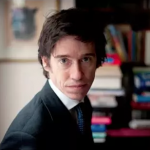 Article first published in The Financial Times by Hester Lacey on 22 October 2010.

Rory Stewart, 37, left the British Diplomatic Service to walk 6,000 miles from Turkey to Bangladesh. He has served as a coalition deputy governor in Iraq and has lived in Kabul, where he founded a charity. He was elected MP for Penrith and the Border this year.

What was your earliest ambition?

I wanted to be Tarzan, then Indiana Jones, then Lawrence of Arabia. The energy went out of the project at some point. I began to realise that Lawrence’s achievements came at an incredible psychological and personal cost. Even if I’m never as great as he is, with any luck I might be happier.

University or straight into work? Eton and Balliol. It wasn’t until I was 26 or 27, walking alone for 21 months, that I was able to work out who I was, what I cared about and what I thought. University is enormously worthwhile but I don’t feel that, at 18, I was as ready for it as I could have been.

Who is your mentor?

My father. I can discuss almost anything with him.

How physically fit are you?

Ambition or talent: which matters more to success?

Have you ever taken an IQ test?

When I was a child. My mother was proud of the result – she put me in Mensa.

How politically committed are you?

Politics is all-encompassing, but moments are really fulfilling. You have a relation with your constituents that doesn’t exist in any other kind of job. People have voted for you, you have an obligation to them, and, as an elected member of Parliament, you are driven by communities and you can represent them powerfully.

Do you consider your carbon footprint?

I travel more by foot and bicycle than some people, and I plant a lot of trees, but there’s a strong element of self-fulfilment mixed into that.

Do you have more than one home?

I have a home in my constituency and one in London. London is almost 300 miles from my constituency so I need somewhere to sleep. I guess I could pitch a tent on Parliament Green.

What would you like to own that you don’t currently possess?

In what place are you happiest?

High on a mountain slope in the sunshine.

What ambitions do you still have?

To be more patient.

What drives you on?

I’m very motivated by trying to link individuals, particularly in Cumbria, to the abstractions of policy in Westminster. What drives me is that attempt to try to connect rhetoric with reality.

What is the greatest achievement of your life so far?

My work with the Turquoise Mountain charity in Afghanistan. I went out very sceptical and found myself still there three years later. The team has grown from one person – me – to over 600. It has been working with the community in an incredibly beautiful but damaged part of Kabul’s old city.

What has been your greatest disappointment?

I haven’t grown up as quickly as I’d like. And, before I went into politics, I had 18 months where I wanted to write another book and I never did. I’ve lost that time now.

If your 20-year-old self could see you now, what would he think?

That I was a bit tired, that I’d compromised too much, that my life had been less sharp, less dramatic than he would have liked.

If you lost everything tomorrow, what would you do?

Start walking across Burma and writing.

Do you believe in assisted suicide?

No. I don’t want to judge and there are times that we have to be understanding. But the basic idea that it’s not legal to kill other people is right.

If you had to rate your satisfaction with your life so far, out of 10, what would you score? 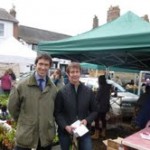 I am delighted that Cumbria was one of the surprise beneficiaries of today’s Comprehensive Spending Review. Among the many cuts announced by the Chancellor, George Osborne, was a commitment to invest in bringing Next Generation Access (NGA) broadband to Carlisle and Eden Districts. Cumbria has been selected as the location for one of four NGA pilots to be overseen by Broadband Delivery UK (BDUK), the body within the Department of Business, Innovation and Skills (BIS) charged with meeting the government’s objective of ensuring that the UK has the best superfast broadband network Europe by the end of the parliament.

Penrith and the Border was selected because it is the most rural and the most sparsely populated constituency in England and because we have recently taken a national lead in broadband development. Cumbria also boasts nationally renowned community broadband projects including Cybermoor in Alston and Great Asby Broadband in Great Asby.

This is truly fantastic news for the Cumbrian economy and rural areas at this very challenging time. I am so excited that all the hard work of the Cumbrian communities has been recognized in this fashion. Superfast broadband will allow our thousands of businesses to survive, compete and flourish. It will help children with their homework and the elderly with their healthcare. It will allow farmers to use the very latest veterinary technology.  It will help people to work from and continue to live in remote communities and help those of who live in rural Cumbria to overcome the barrier of distance. This is a dream come true. Hundreds of Cumbrians have been working alongside my team over the last four months to put us in a position to be selected. I’m so delighted that we have been successful.

Jeremy Hunt has commented: “I am delighted to be able to announce the support for Cumbria. I was particularly impressed by Rory Stewart’s approach and advocacy of broadband for Cumbria. He and the Cumbrian communities should be very proud of what they have achieved.” 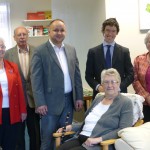 ON THE ROLE OF AN MP

On Friday morning I discussed the role of an MP with a roomful of eleven and twelve year olds. A girl from Patterdale suggested I was there to improve rural services. A boy from Skelton focused on the cost of fuel. They explained the difficulty of making a profit in a village shop. And they had strong ideas about the constitution. ‘Your job is to advise the Prime Minister,’ suggested a boy from Stainton. ‘Your boss is the Prime Minister: it’s his money you’re spending,’ suggested a girl. But when I asked ‘Who are really my bosses?’ they turned this on its head. ‘We are,’ they replied. ‘What would happen if I just sat around drinking coffee?’ ‘We’d vote you out’. ‘Whose money am I really spending?’ ‘Ours.’

If I’m lucky enough to still be around in seven years time, I would enjoy representing the next generation of voters. But perhaps I could have explained an MP’s role better not with theory but by showing them what I do hour by hour. I did this for a student from Kirkby Stephen grammar school. He came with me from the primary school meeting to Penrith Hospital to hear about breast-screening in Carlisle and the new GP-commissioning process; then to Eamont Bridge, to examine flood protection; then to East Cumbria Family Support’s AGM and then to the Environment Agency. He wasn’t able to attend the morning meeting on Newton Rigg, see the 14 people who came to the surgeries that afternoon, or come to the speech at Longtown Memorial Hall that evening. But he sat through discussions on clinical procedures and survey data; tender and procurement processes for child-care; and mathematical modelling of river flows. I wonder what he concluded.

What would he have thought of the Newton Rigg meeting for example? It was I think the fiftieth meeting I have had on Newton Rigg with academics, farmers and Ministers from Cheshire to London. And many, many Cumbrians. Martin Holdgate has written and Richard Inglewood has led an entire report on its future; Ann Risman has campaigned for it across the country; the staff themselves have offered to take a pay cut and have their own plan; Catherine Anderson has been chasing the issue every day for months; the County Council has seconded full-time staff; Gordon Nicolson and Kevin Douglas from the District Council have convened a new group to develop a Cumbrian solution.I have been trying to establish whether Newton Rigg is really losing four million pounds a year, as the last Vice-Chancellor implied and if not, what the University is doing. This has involved everything from Freedom of Information requests to asking friends to examine accounts in Carlisle and Lancaster. Then, we have been trying to choose a legal status and partner for Newton Rigg. We need to make sure the college not the university keeps the valuable farmland. We do not want another forced marriage: Newton Rigg had suffered badly from its relationships with the University of Central Lancaster and Cumbria. But it is going to struggle on its own. Could we match the college with a partner, who wants the relationship, is wealthy enough to underwrite the deficit, understands land-based education and isn’t going to asset-strip and leave?

What kind of role is that for an MP? A cross between an intelligence officer and a marriage broker? And how would you explain the other fifteen meetings on Friday? The East Cumbria Family Support meeting was about trying to analyse the detail of government policies on charities; Eamont Bridge was assessing engineering work. In the meeting with Sainsbury’s, I was like a pedantic lawyer, pushing for a promise that the access to the old town centre from their car park would be ‘direct’, ‘immediate’ and ‘pedestrian’. In broadband meetings, I am raising money.

Would the children have seen a pattern in all these roles? What expectations do they have on how an MP should use his time? It is easy to lurch between optimism and pessimism: to think politicians could construct a perfect state or do nothing at all. But my sense is that politics starts from an awareness of limits. A sense of what politicians don’t know and of risks. It is an exercise in juggling roles, managing your own ignorance, and choosing competing goods and between lesser evils. We do best when we are reinforcing energies which are already there without us. It might not have been an easy lesson for a primary school but I feel it would have been the most honest way of explaining what we are trying to do.