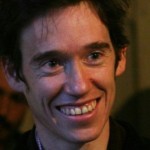 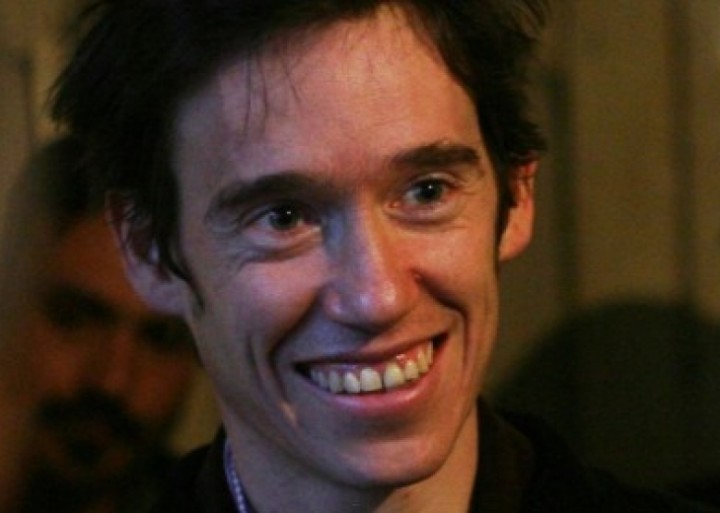 Article first published in the New Statesman by Lucy Knight on 2 December 2008.

Stewart was born in Hong Kong in 1973. His father Brian, a military man had fought on the beaches of Normandy and then became a diplomat, while his mother Sally, is an academic and economist. He has two older half sisters and one younger sister.

At eight he came to the UK where he was educated at Eton and Oxford, with a stint in the Black Watch in between.

While in his third year Stewart was ‘half talked into’ applying for the Foreign Office (FC0) by his mother. Despite his reluctance he was one of 25 hand picked to join the coveted FCO career fast track.

It was September 1995 when Stewart started working at the FO in London. For the first time, he says, he felt like he was actually doing something. “I was living in London,in my own flat, getting to walk across St James’ park in the mornings, going to work in a beautiful building.”

Despite flying around to different embassies and feeling the job was a joy he was starting to get tired. Exhausted from chasing girls, partying and, of course, working, his next move, two years later, was Indonesia.

“Suddenly I was in a suburb on East Java and living with a family, learning Indonesian. Everything about growing up in Malaysia came flooding back to me. I felt fitter, brighter and happier.”

After a couple of months he was put into the embassy in Jakarta, running the economic section. It was shortly after his start that the Asian financial crisis of 1997 hit. “It was very exciting and not too dissimilar to what is happening here now. The experience taught me that experts don’t always know what’s going on.”

Despite everyone saying the economy was going so well, Stewart says he was one of the pessimistic people who predicted the depth of that crisis. “Everyone’s predictions go out of the window. And I believe we’re still there.”

After two years, Stewart was then posted to Montenegro in the wake of the Kosovo campaign. This time he wasn’t a member of a large team but on his own.

“I definitely had one of those moments, where you take a step back and look at what you’re doing and think ‘this is ridiculous!’ I was sent as the British representative and I was only 26.”

It was prestigious, interesting and his closest boss was in London.

Was he taken seriously though being so young? “I might have had more luck if I was older but at the time I wasn’t conscious of my age being a problem. Everyone was very polite and obviously people did want to be seen to be working with Britain.”

Stewart sees both Indonesia and Montenegro as unusual postings. “They were surreal and almost comical, I had to give the impression obviously that this was all totally natural.”

Once his time in Montenegro was up, Stewart decided to leave. He’d been with the FCO for five years. It was at this point that he began the walk that would lead to his critically acclaimed book, The Places in Between. He had previously taken a two week walk while in Indonesia to Irian Jaya with two friends. This time around it was to last 20 months and he was to be alone for most of it.

Stewart has claimed that he didn’t feel he was cut out for a standard FCO posting and so wanted to just try something new. Stewart says walking is his way to free his mind, to contemplate and learn. Initially Stewart planned to walk around the world, however, plans change and in the late summer of 2000 he headed East from the Turkish-Iranian border.

He began moving across Iran with ‘protection’ but after three months of both suspicion and hospitality he couldn’t get his visa renewed and so moved on to the next country.

It was a journey fraught with difficulties though. He was barred from entering Afghanistan, then Pakistani officials prevented him from entering Baluchistan. He then trekked from Pakistan to India, adopting a local look (a turban, salwar kameez, turban and walking stick) in order to make life easier. Then on to Nepal.

It was by January 2002 that he began his trek across Afghanistan. It was to take him six weeks. The US troops had just invaded and had toppled the Taliban. “I watched how communities worked, how villages interacted with one another. I learnt their customs, rules and codes.” It came to be an invaluable understanding of societies suffering in the aftermath of conflict.

In 2003 the invasion of Iraq was about to take place and, supporting the decision, Stewart was keen to get out there and help in any way he could.

He constantly sent emails but was getting no response. “I decided to get a taxi from Jordan to Baghdad, just me and the taxi driver.” He arrived in Baghdad and immediately reported to the Director of Operations who was pleased to see the eager volunteer told him to go home and await instruction.

“I wasn’t completely convinced that anything would come of it.” But it did and in August 2003 Stewart found himself the deputy governor of Maysan province in Southern Iraq, with a population of 850,000 people. He was not yet 30.

“When I returned I basically tried to apply what I’d learnt on my walk. I had learnt how they spoke of government, learnt what power means.” His 20 month trek had put him in an invaluable position. “Knowledge and sensitivity is important in these situations. You’re in someone else’s country and you are there to help. This is something you need to keep reaffirming. You are here temporarily and that it’s their country but also that you have value and importance to them. You need to stress that you both have access to power and resources. And you need to have faith in people, you need to convince people that they have the capacity to change their own life.”

For Stewart, personal relationships were very important. Each governor had a different approach, some completely unlike Stewart’s. “One friend was very legalistic in his approach. He would say ‘this is my budget, this is the paper work, less personal politics’, I think if dealing with a society where state and government have collapsed and you’re working in rural areas then you’re not likely to get far by emphasising an institution and process when what they’ve seen of that has horrified them.”

They were two tough postings; jobs that involved fending off an insurgency, negotiating hostage situations and tribal vendettas but he was aided by the knowledge gained from his walk and his ability to speak Dari and Farsi, no one was better equipped.

Having supported the invasion Stewart now believes that we should leave Iraq as soon as possible.

“As time went on it was clear that Iraq was the wrong war. It was impossible; we weren’t going to make any progress.” A three day siege on his compound, led by a friend, was example of this. As the mortars fell, how did this make him feel? “I think I realised that this was a war, it’s not a personal act, it’s not that he didn’t like me, he just didn’t like the occupation. I still think he was a charming man.”

In 2006 Stewart found himself back in Afghanistan. He set up the Turquoise Mountain Foundation to work on the regeneration of the historic commercial centre of Kabul, as well as providing jobs.

One of its first tasks was to clear the city of 900 cubic metres of rubbish. Since then the Foundation has gone from one employee to 350. “I spent a long time negotiating with the community to convince them that this was a worthwhile idea; then I had to get the Afghan Government on board.” In this time they have also established the country’s first higher education Institute for Afghan Arts and Architecture, with the backing of President Karzai.

The hardest part of the job now is the money that needs to be raised. Lots of it. “This year I’ve had to raise US$22m. Lives and jobs depend on me. There is a great sense of responsibility. At the moment I’m trying to raise $2m and the winter is coming – in a city on the edge of becoming a war zone. In one month I’ve spent $550,000 on repairing 60 buildings.” Stewart hopes that it will all be complete by 2010.

What about Barack Obama’s supposed ideas for Afghanistan? “I’m very excited by Barack. People I know that work with him think he’s a good guy.” His views on Afghanistan are ones that Stewart would like to change though. “It’s a replica of the Bush administration at the moment; it’s the wrong way to look at things. Our relationship shouldn’t be electro shock therapy, there should be more patience.”

Moving away slightly from cultural restoration Stewart is due to take on the role of Professor at Harvard University in January 2009. He will be a professor of human rights – teaching and running an academic faculty as the Director of Harvard Kennedy School’s Carr Center for Human Rights Policy. What about the Foundation? “I’ll remain executive chairman and Harvard have been good enough to pay for me to keep going out there.”

Is there time to relax? “I don’t get as much time as I’d like. Seeing family is important.” His parents are now in their 80s and settled at the family home in Crieff, Scotland. “Three weeks ago I went to northern Spain from New York. I had eight days free and I went along the Pilgrims route from Astorga to Compostella doing about 25 miles a day. It was the most wonderful opportunity to refresh my mind and have clear thoughts.” For the first time in three years he didn’t pick up a phone or an email.

Not only is there a new job in academia but also the movies. Hollywood has started to speak Stewart’s name and after Brad Pitt bought the rights to his life, Orlando Bloom is due to portray the young ‘adventurer’. Jokingly he says he’d really like Judi Dench to play him.

From diplomat to walker to governor to founder now the inspiration for a movie – it’s quite a career for someone who is just 35.