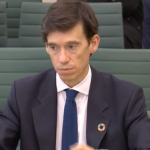 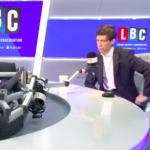 Rory appeared on LBC this morning, with Nick Ferrari:

And the Today Programme: 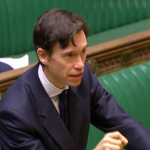 Rory, in his capacity as Secretary of State for International Development, answered DfID questions in the House of Commons today. Watch it here: 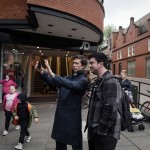 A Latter-Day Lawrence of Arabia Shakes Up Britain’s Tories 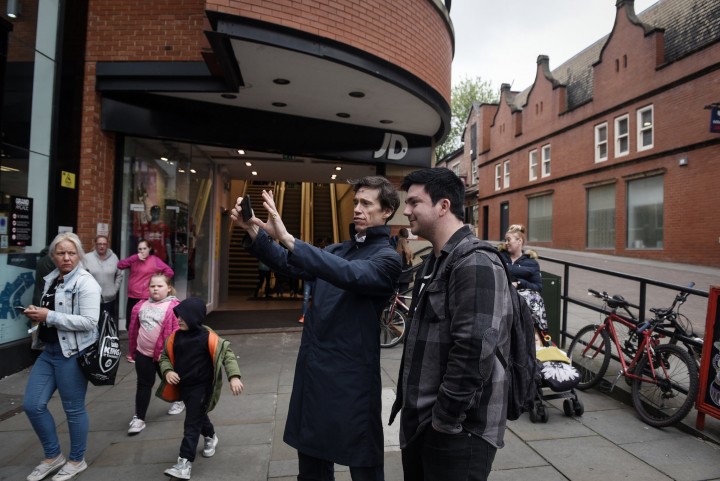 Article first published in The New York Times on 31 May 2019 by Ellen Barry.

LONDON — Pete Wellock, a retired housing consultant from the village of Grappenhall, in the northwest of England, had just popped out to pick up some groceries last week when he found himself face to face with Rory Stewart, a gangly, animated and very earnest cabinet minister.

Mr. Stewart, who has begun a darkest-of-dark-horses campaign to succeed Theresa May as prime minister, has spent the last week traveling the country trying to engage members of the public on Brexit, broadcasting these encounters in a stream of slightly awkward, DIY-style dispatches on social media.

Britons, not a people known for chatting up strangers, find these hilarious, and have responded on Twitter with good-natured mockery, joking that Mr. Stewart is “in your fridge for the next hour,” or “sliding out from under your bed” or “calling me from a series of blocked numbers.”

Under the hashtag “Where’s Rory?” they have posted photoshopped photographs of Mr. Stewart at Niagara Falls, onstage with the Spice Girls and striding between the Egyptian pyramids. One of them wrote: “You’re being chased by Rory Stewart. He wants to debate you. You jump in a taxi and escape. You breathe a sigh of relief. The driver turns around. It’s Rory Stewart.”

Somewhere amid all that banter, Mr. Stewart has hijacked the Tory leadership campaign with a surprising argument: Britain must reapply its energy to compromise, between its own angry factions and with Europe, and return to Mrs. May’s withdrawal agreement.

This is a frontal challenge to the Tories.

The front-runner for the post, Boris Johnson, has vowed to exit the European Union on Oct. 31, even if no agreement is in place. This promise is tailored to a small audience of Tory hard-liners: It is a quirk of Britain’s democracy that Mrs. May’s replacement will be selected not through primaries but by around 120,000 Conservative Party activists, a group that is older, whiter, more male and more adamant about leaving Europe than the general public. In a survey this year, two-thirds of Tory members said they preferred a no-deal exit to Mrs. May’s withdrawal agreement.

Mr. Stewart, a former environment minister and prisons minister, is trying to blow up that policy, not by warning of the damage it would do, as a string of leaders have for the last three years, but by arguing that it is simply a practical impossibility.

“The battle is to explain to people that ‘no deal’ is a phantasm,” Mr. Stewart said in an interview. “It’s nothing. It’s an absence. It’s a failure to reach a destination. It sounds fine, but it’s not going to get through Parliament.”

His voice comes as a welcome surprise at an angry moment in Britain. He speaks calmly of reconciliation, seemingly impervious to the partisan rancor around him, like Ferdinand the Bull.

“The key word that we need to get back to,” he told the BBC’s “Question Time” on Thursday, “a word that is so powerful, and nobody ever uses in politics, is the word ‘love.’”

Mr. Stewart, 46, is posh, eccentric and clever, precisely, as one journalist wrote this week, the sort of oddball Britons love.

The son of a senior British intelligence officer, he attended Eton and Oxford, and served briefly as a tutor to Princes William and Harry before entering the diplomatic service. He set that aside to walk 6,000 miles alone across Iran, Pakistan and part of Afghanistan, the basis for an acclaimed book, “The Places in Between.” After the coalition invasion of Iraq, he served for a time as deputy governor of a region in the country’s south.

In 2010, he entered Parliament, to the surprise of many of his friends and family. He was greeted there, wonderingly, as a latter-day Lawrence of Arabia, an odd fit in a Tory party sliding toward populism. As a backbencher, he spoke eloquently of his sympathy for, and rejection of, the Scottish independence movement. At one point, he delivered a lengthy address on hedgehogs, referencing Aristotle, Richard III, Sumerian cylinder seals, Mrs. Tiggy-Winkle and Romany homeopathy.

Over the last week, his goofy internet campaign has won him a new and giddy following.

As he strode through London around 9 p.m. on his way to his last interview one day last week, office workers in their 20s and 30s shouted in delight. “Rory, I love you! You’re one of my favorite people on Twitter!” cried out a woman in red. “I’m digging what you’re doing,” said a man in a suit. Jessica Elgot, who covers politics for The Guardian, noted that on her daily commute, she had seen people watching videos of Mr. Stewart on their cellphones.

“What an odd time we live in,” she marveled.

Mr. Stewart has used the moment cannily, hamming it up. He posted a clip of himself chatting with a constituent in Barking, captioned, “Practicing my now — rather rusty — Dari.” Even his obligatory early-life drug-use confession — smoking opium at an Iranian wedding while trekking alone through the hinterlands of Asia — had a strong whiff of the 19th-century warrior-poet. On Thursday, he told Sky News he regretted it.

“I made a stupid mistake,” he said. “Somebody passed round this pipe and I smoked it. I shouldn’t have done it. I was wrong.”

Still, he was making little headway among Tories. As of Friday, according to the website Conservative Home, only three members of Parliament had declared support for him as Tory leader, compared to nearly 30 for front-runners like Mr. Johnson and Foreign Secretary Jeremy Hunt. Mr. Stewart has said he thinks he could muster 25, but acknowledged that, when he sat down to game out his chances at becoming prime minister, he concluded it “would be almost impossible for someone like me to win” unless Mrs. May’s deal was passed.

He said he hoped that internet traffic numbers — he is aiming for half a million views of his clips — would convince Tory grandees that he is a figure uniquely able to attract young voters to the party.

“It’s gambling everything on people liking my style,” he said. “It’s not really a campaign.”

In his championing of Mrs. May and her compromise, Mr. Stewart adopted an idealistic but hopelessly unpopular position.

It seemed to suit him perfectly, resembling another of his literary heroes, the fictional nobleman Don Quixote. He recalled, on a podcast with the comedian Matt Forde this week, that he was the last minister beside her on the bench as Mrs. May made her final statement on Brexit.

“Everyone else had left. I was sitting next to her and there were some whips who had been put on the frontbench as padding,” he said, and paused. “I’m a Stewart. My family is committed to impossible loyalty.”

But he acknowledged, in an interview, that the last few months had stripped away some of his illusions. His speeches about Britain’s tradition of compromise — between monarchy and republic, between Catholicism and Protestantism — were, he said, “too gentle a story.”

“I think what I was underestimating is the power of what that rage was, between Catholic and Protestant, between Republican and monarchist, before we got to that resolution,” he said. “It’s much uglier. The center ground is not a gentle gray, a nice fudge. It’s a place where the hardest black and the hardest white are held suspended against each other.”

If he does become prime minister, Mr. Stewart plans to translate this notion into policy, convening a “citizens assembly” of Britons randomly selected from electoral rolls. Like jurors, they would then question experts on live television for several weeks, exploring subjects such as a customs union and the single market. At the end of that process, he said, the assembly would submit its findings to Parliament, which he believes would then approve a withdrawal agreement similar to the one Mrs. May proposed.

On a rain-slicked street in Warrington last week, this idea was not an easy sell.

“My idea is to put you and her in a room for five weeks,” he said to Mr. Wellock, the retired housing consultant and a staunch Remainer, gesturing at a woman nearby who had been advocating a hard Brexit.

Mr. Wellock listened with interest. Mr. Stewart impressed him, in part because he “wasn’t there in a gleaming suit, like he had been polished up for the event, like other politicians.”

But as he walked away, Mr. Wellock said too much had happened in the past two years, and flashed a profane anti-Brexit sticker on his cellphone.

“It’s too late,” Mr. Wellock said. “We’re a divided country, and I don’t know how we get back together.” He praised Mr. Stewart’s “fresh approach,” but added, “He comes off as a wee bit naïve.”

He then paused at the mention of Lawrence of Arabia, whom Mr. Stewart has sometimes cited as a role model.