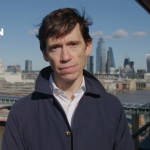 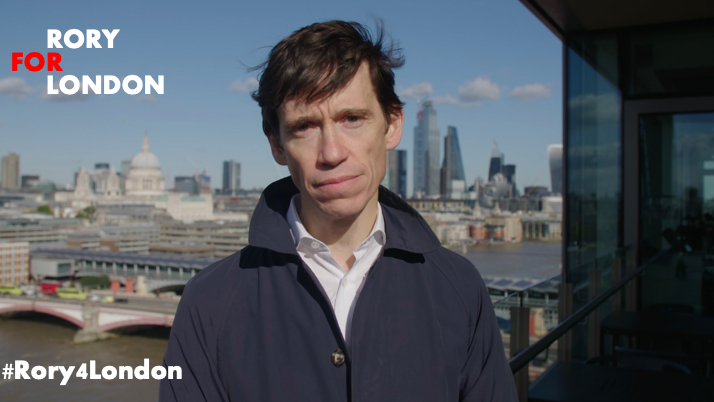 The website for Rory’s Campaign for Mayor of London has launched on https://www.roryforlondon.co.uk where you can sign-up for campaign updates.

The campaign’s official Twitter feed is now also live, and can be found at https://twitter.com/roryforlondon 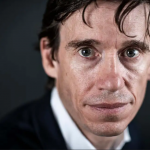 LONDON CAN SHOW THE COUNTRY HOW TO DO DEMOCRACY BETTER

A General Election is coming, and I am leaving parliament to run as an independent candidate for mayor of London.

I am running to be mayor and not for parliament because I find Westminster increasingly depressing as it loses more and more of its meaning and purpose in stale divisive rows. And I believe that in London, we could show how to do democracy better.

Citizens have never been so well-informed or so educated. We ought to be living in an extraordinary moment for democracy, where our experiences and considered thoughts could shape a society for which we share a deep responsibility – and of which we could all be proud.

Instead, people are offered a vote in the simplest black-and-white terms, and then told to be quiet until parliament grants them another one.

I am running to be mayor of London because I love this city, and because I think both London and our politics can be so much better.

Away from the tribal politics of Westminster, I believe that it is possible to change things quickly and effectively. A mayor has the ability to respond to real needs, and the power to help people with the things that touch them most directly and daily.

Most importantly, it is at that local level that people can challenge us for the many things we misunderstand and get wrong.

My father served our country overseas for much of his life, and I followed him all over the world. But London has always drawn me back.

I have lived here longer and more happily than anywhere else in the world. I know I am not alone. Of the millions who call ourselves Londoners, many of us were not born here. While London isn’t where we all start, we come to call it our home. It is one of the things that I love most about this city.

My own time serving our country in Indonesia, Bosnia and Iraq, and running a charity in Afghanistan has taught me how real change must begin at the most practical and grassroots level, and how leadership draws all its strength from listening and debating with locals – because these are the people who always know more, care more, and can do more than distant officials.

Yet in Britain we have one of the most centralised political systems in the world. Gridlocked Westminster claims to possess all the power, but rarely seems to put it to useful effect. I believe that London can show us how to make a society better – practically and rapidly.

London is both a great city and a powerful idea. For centuries, it has been a sanctuary for freedom of thought and belief. It is both international – a centre drawing in millions from across the world – and local – a city of more than seven hundred villages, presented with its own opportunities.

London also faces its own great challenges. I will never forget seeing a victim of our knife crime epidemic carried away by air ambulance in Poplar, just moments after I spoke to the brother of another victim. Like any parent in our city, I am outraged that our children should be breathing air so polluted that it causes 10,000 preventable deaths each year. And I believe it is shameful that young people are unable to afford adequate housing in a city as wealthy as ours.

London’s politics needs to focus again on real, local concerns like these. But it can only do so if our politics rises above grandstanding and party division, and returns to pragmatic action and localised solutions.

That starts with our politicians listening better to what is happening in our city. I am painfully aware of how much I have to learn and am determined to keep listening.

For that reason, between now and Christmas I will walk through as many London boroughs as I can. Last week I was in Lambeth and Hillingdon, yesterday in Enfield, and I’ll be in Tower Hamlets later this week.

I am not out campaigning. I am asking questions, engaging in conversation, listening and learning. If you have the chance, come and find me. Even better, come and challenge me. I will tell you what I am hearing and thinking, and you can tell where I’m wrong.

In the process, I hope to show you that outside of Westminster, a better politics can emerge – a kind of politics which is not about individual MPs like me with all our limits and failings, but about what we can learn and achieve together.

And if I’m lucky enough to become mayor, I hope to formalise this direct democracy into something that can really drive the government of this great city.