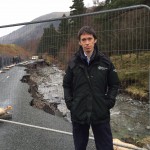 Even in Iraq, all politics is local

A great many of the failures in Afghanistan and Iraq arise from a single problem: the American-led coalitions’ lack of trust in local politicians. Repeatedly the Western powers, irritated by a lack of progress, have overruled local leaders, rejected compromises and tried to force through their own strategies. But the Westerners’ capacity is limited: they have little understanding of Afghan or Iraqi politics and rely too heavily on troops and money to solve what are fundamentally political and religious problems.

The coalitions cannot achieve political change in the absence of strong local support. And when they try to do so, they undermine their local allies. Iraqi and Afghan national and regional leaders have a far better understanding of the limits and possibilities of the local political scenes; they are more flexible and creative in finding compromises; and unlike the coalition officials, they are elected. They must be given real power and authority. This may seem an obvious prescription — but in fact the coalitions are not allowing it to happen.

I walked for several weeks across northern Afghanistan shortly after the coalition invasion, and I was struck by the strength and vibrancy of local politics. For four days I walked through blackened villages of ethnic Hazaras that had been torched by Taliban fighters in a last bid to impose central control. Yet within a few weeks of the Taliban retreat in these remote areas — some a 10-day walk from the nearest road in the winter snow — political councils had re-emerged to balance the demands of the community and the realities of local power.

There was a different political system in almost every village: one was controlled by a feudal chief who could recite a genealogy stretching back 15 generations; another by a mullah who had been backed by Iranian money during the Afghan civil war. In western Afghanistan, a former guerrilla leader named Ismail Khan was turning Herat into the most secure and prosperous city in the country.

I saw similar political resilience when I worked for the Coalition Provisional Authority setting up a new political system in Maysan Province in southern Iraq. Within a few months after the invasion, 54 political parties had emerged and 14 tribal groups were demanding representation.

Three Shiite Islamist groups dominated the 2005 provincial elections there. They were a blend of exiles, resistance fighters, clerics and opportunists, but they shared a suspicion of the coalition, had an authoritarian approach to local security, a reliance on their own illegal militias and an enthusiasm for conservative Islamic social codes. They began to establish a much firmer and better functioning government and to bring tribal groups and criminal gangs under control.

National leaders in Iraq and Afghanistan have moved toward accommodating local power-holders and finding compromises. President Hamid Karzai of Afghanistan, unable to defeat former Taliban guerrilla leaders intent on re-starting civil war, appointed some 50 regional strongmen as police chiefs last month. Likewise, leaders in Iraq have tolerated the Shiite militias in the south for years, and President Nuri al-Maliki is now pressing for negotiations with the insurgents and amnesty for many of them.

But the American, British and other coalition officials have a barely concealed distaste for such local political forces, and view any accommodation with them as weakness and appeasement. In Iraq, the coalition initially tried to arrest Moktada al-Sadr, the young Shiite cleric, and conducted a violent counterinsurgency campaign against his movement. In Afghanistan, the Westerners pressured Mr. Karzai to dismiss many independent governors, including Ismail Khan in 2004, and have demanded that the controversial new police chiefs be dismissed.

In some cases, the coalitions have good reasons for their actions. Many of the governors in Afghanistan abused human rights, challenged the central government and became involved with the drug trade. Many of the Shiite leaders in southern Iraq have been paid agents of the Iranian secret service, and many more have been behind the social repression by the illegal militias. An Iraqi friend of mine was killed last month by a militia group in Amara because he had been working with foreign nongovernmental groups.

But the Westerners’ political strategies are too often based more on moral ideals than real information — very few coalition officials serve in these countries for more than a year, even fewer are specialists in the region, and security restrictions prevent them from living in the community. Many have too much faith in their ability to create a society in their own image and a mistaken belief that they can find clean, technocratic, powerful and liberal alternatives to these local leaders. They prefer to rely on constitutions and abstract economic theories than to engage with local personalities.

As a result, their actions create powerful enemies whom they fail to either defeat or replace, leaving power vacuums and provoking further insurgency. For example, Mr. Sadr’s group took three times as many votes as the next party in the 2005 provincial elections in Maysan, runs the provincial government and unsurprisingly refuses to cooperate with the coalition. In Afghanistan, no adequate replacement has been found for Ismail Khan in Herat, and the city is now less secure and prosperous than it was under his rule.

Yet, rather than adopting the Machiavellian compromises suggested by the national leaders, the coalitions continue to pour more resources into the old confrontational strategy. In Helmand, in southern Afghanistan, NATO forced the removal of the governor, Sher Muhammad Akhundzade, and has increased its troop presence severalfold in an effort to defeat the guerrillas and support clean government. But these actions are far more likely to fracture existing power structures, further weaken state authority and provoke more insurgency.

While failing to destroy their enemies, the coalitions also weaken their best allies. Senior coalition officials whisper to journalists that President Karzai is indecisive; they complain about local corruption, violence and inefficiency. Yet Mr. Karzai and Mr. Maliki in Iraq have a much better understanding of their countries than the foreign advisers.

If the two presidents believe that the Taliban and the Iraqi insurgents cannot be removed but have to be accommodated, the coalition should respect their superior political knowledge and instincts. America and its partners have neither the will nor the intention of becoming colonial powers. And they justified the invasions at least partly in terms of democracy. They must, therefore, allow elected leaders to follow their instincts, almost regardless of their ability, ideology or methods.

This will be uncomfortable: Afghanistan and Iraq are likely to remain, by our standards, corrupt and weak. But only their own legitimate leaders can create more humane, democratic and prosperous states. And they can succeed only if we respect local politicians, allow them to deal with our enemies, and drop our utopian dreams.