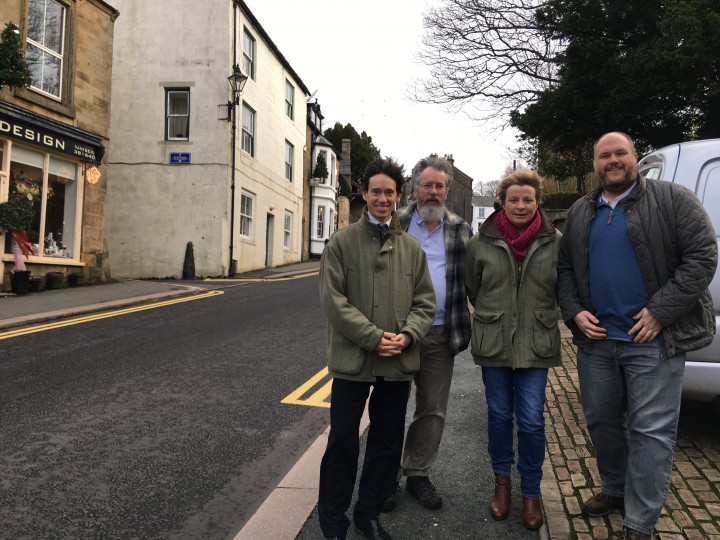 Rory, together with a group of locals, has launched a campaign to save Alston’s cobbles.

Alston is one of only a handful of traditionally laid ‘A’ roads surviving in the North of England. The setts (rectangular cut stones as opposed to cobbles) have a very special place in the heart of the Alston community and are key to its economy as they attract visitors as well as film and TV crews.

During the 1990s Historic England invested significant public funds in environmental works associated with the highway and Alston’s public realm via a Conservation Area Partnership. Since then, Historic England and the Heritage Lottery Fund have continued to invest heavily in Alston to repair and enhance the conservation area, to improve its condition, appearance and economic performance.

Mr Stewart was the first person to sign a petition calling on Cumbria County Council to completely reinstate the setts using local stones and create a redevelopment plan that centres around what locals want.

Rory said: “The cobbled Front Street that runs through the heart of the Alston is its linchpin and core – the backbone of its charm and character. The ‘Alston Front Street development plan’, currently being worked on by Cumbria County Council, does not appear to include the setts being restored to Front Street. This is extremely concerning both to me and my constituents, as we believe reinstating setts along the entire Front Street should be the top priority of this development plan – and at its heart. That is why we have launched a campaign to have the setts reinstated on Front Street.”