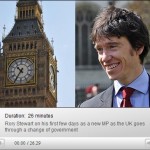 The BBC World Service spent the past few weeks following my journey to Parliament. Starting with the campaign trail, I explain my journey towards the mystifying corridors of Westminster, finishing with the historic process of selecting the Speaker.

You can listen to the programme and view accompanying photographs on the BBC World Service website. 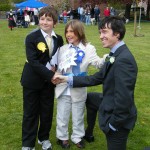 After the first week in Westminster it was wonderful to be back in Cumbria. Press play to hear about my first weekend spent in the constituency since being elected. 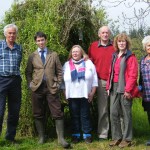 coverage on the result

The News and Star covers the result:

Photos of the count

The Times on the election as a whole: 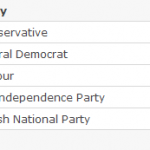 After a long campaign, I was delighted to be elected with 53% of the vote. I will work my very hardest for everybody in Penrith and the Border including, of course, those of you who supported other candidates.

You can listen to a clip from the election announcement and my brief speech by clicking the play button below.

I just wanted to say how incredibly grateful I am to you all for your energy, your interest and your support. I hope to be able to hear from and see many of you in the forthcoming few weeks. 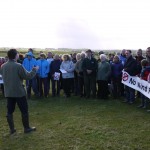 POLLS ARE OPEN TODAY UNTIL 10PM

If anyone would like a lift to the polling stations, or knows of any non-drivers or anyone elderly, disabled or who simply doesn’t want to drive but requires help to the polls, please ring or text Catherine Anderson on 07581 196634 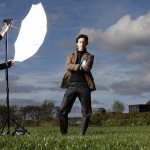 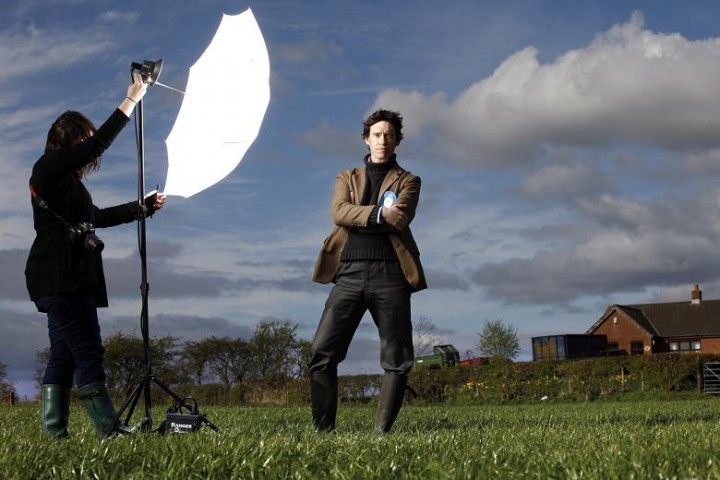 Article first published in The Times on 5 May 2010.

Talking newts and quoting T. S. Eliot in a rural tearoom stands a dangerous young man. Cynics will encounter Rory Stewart, 37, at their peril: he might just begin to restore their faith in politicians.

The Oxford-educated Old Etonian and bestselling author has been a soldier, diplomat, deputy governor of an Iraqi province, head of an Afghan charity and Harvard professor of human rights. He has trekked 6,000 miles across Iran, Nepal, Pakistan, Afghanistan and India. He is charismatic, highly intelligent, an independent thinker and a friend of presidents and royalty.

Yet Mr Stewart is about to take on the unglamorous compromises of life on the Tory benches at a time when the reputation of MPs lies shredded.

A day on the campaign trail in the safe Conservative seat of Penrith & The Border, England’s largest constituency, takes him from coffee shop to Cumbrian hill farm with fireside chats, a tour of a family haulage company and a visit to the local auction mart.

Mr Stewart, with his mop of dark hair and angular frame, is unfailingly polite and engaging. He puts people at ease, is interested in their concerns and opinions, asks questions and makes notes. Prompted, he shares his thoughts on everything from bus shelters to the global economic crisis.

He does not curry easy favour, rejecting one woman’s sweeping condemnation of the European Union and arguing — gently — against an elderly man’s yearning for “stringing up murderers without trial”.

We are in Longtown, spectacular hill country near the Scottish Border. The campaign soundbites, media events, TV debates and Rochdale blunders belong to another world. In this constituency, three quarters of the people live in villages of fewer than 300 people, and there are 3,700 farms. The 2001 outbreak of foot-and-mouth disease was devastating. Agriculture has barely figured in the national campaign.

Mr Stewart had answered David Cameron’s call for candidates with no background in party politics because, though uncomfortable with the phrase “Big Society”, he is, he said, “an apostle” for what it means: “It’s accepting the wisdom of the local, giving more financial power and discretion and freedom to communities at a parish and town level. It’s about trusting people like head teachers and letting them get on with it.

“Labour has done a lot of good things but my experience of working with the Government over the years I was in Afghanistan was frustrating because I came up against an instinctively centralising, regulatory mindset that wasn’t comfortable with trusting the people on the ground.”

Mr Stewart has done a 400-mile tour on foot of the constituency — every parish — and has been invited into strangers’ homes for a meal and a bed overnight. He is at his happiest out walking and is “a bit apprehensive” about what it might be like in Parliament.

“There are parts of the party’s manifesto I disagree with, but I can’t always be a maverick and say whatever I like on any given subject. There are times when you need to compromise.”

Westminster was worth the drawbacks because “if you’re really interested in tackling over-regulation and giving power back to communities, you can only do that through politics”.

One voter spoke of being ordered by officials to erect special fencing to protect a habitat for great crested newts. It cost £10,000 per newt. Perhaps the Commons should have special fencing for rare species such as Mr Stewart. 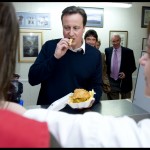 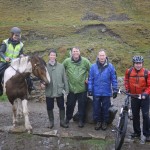 last chances to question rory before the election

Please come if you can to one of the following:

Rory will give a brief speech and take questions and answers from the floor.

A final public meeting at 6:30pm.  All welcome once again. 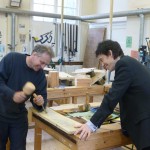 the voluntary sector & charities in cumbria

Some of you may have seen a letter in the Cumberland & Westmorland Herald from the Chair of Eden Carers raising a question about my support for Cumbrian voluntary organisations.

As someone who established and built a charity from scratch to 650 people, raising 12 million pounds, I would like to reassure you that the voluntary sector is particularly close to my heart.

Cumbrians have every reason to be proud of their voluntary organisations and government should do all in its power to encourage them.

Over the last two months we’ve responded to more than 200 emails from people connected to charities and charitable initiatives. This winter, I walked 350 miles, raising money for the Flood victims at Eamont Bridge through Penrith Lions. I have done recent events to raise money and awareness for the Calvert Trust, the RGS, Save the Children (Cumbria) and Hospice at Home, which many of you have attended. I have also supported a number of sponsored events (yesterday for example I joined a sponsored bike ride for Leukaemia with the Young Farmers and this summer I will be walking the length of the Eden for the Eden Rivers Trust).

I have learned a huge amount from these organisations about the compassion, common sense, self reliance and effective delivery, which is so characteristic of the Cumbrian voluntary sector.

If I am lucky enough to be elected as MP for Penrith & the Border, I will of course continue to do much more to encourage the voluntary sector in Cumbria. If there is a particular charity that you believe needs support, please don’t hesitate to contact me. I would also be very grateful if you could forward this e-mail, copying me, to any other Cumbrians who may be interested in the voluntary sector or who are keen to understand what an MP can do to lend it practical help or support. 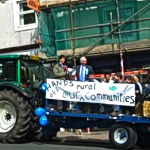