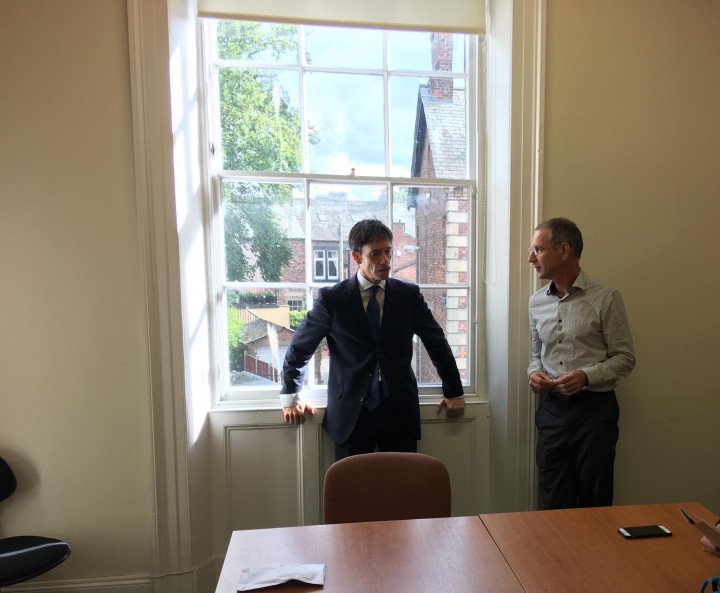 Rory has chaired a meeting with representatives from Natural England to discuss the restoration of Bolton Fell Moss and plans for its reopening.

Bolton Fell Moss, a lowland raised bog in North Cumbria, has been subject to major restoration works since 2013. Prior to this, it had suffered as a result of large scale extraction of peat, which denuded its surface and raised concerns about its condition. But the peat works had been a major local employer and Mr Stewart challenged the decision to buy out the peat works and the effect on the local economy.

Natural England is currently in the process of having the site categorised as a National Nature Reserve, which would make it open for public access.

Mr Stewart met with Keeley Spate and Chris Kaighin from Natural England at the Carlisle Conservative Club and was encouraged by the update on the project that he received. The three discussed the need to involve the local community in the drawing up of plans, as well as the importance of incorporating the interests of farmers and workers into future decisions. As a keen walker himself, Mr Stewart was interested in discussing the integration of trails, in addition to making full use of the history of the area. The possibility of linking this local history to that of Hadrian’s Wall was also raised. Rory suggested various ways of generating income from the restoration and closed the meeting by promising to put Keeley and Chris in touch with local representatives who could be of assistance.

Commenting on the meeting, Rory said “It’s a very exciting time for North Cumbria, with the Forgotten Lands project and the Borderlands Growth Deal, and it was good to meet with Keeley and Chris to discuss Bolton Moss Fell. I still have significant concerns about the way in which the peat works were closed. But I am delighted that Natural England are now focused on making the most of the site for the local economy and the visitor economy in the future. The key will be to make it accessible and attractive to the public.”