RORY CELEBRATES RECORD EMPLOYMENT IN PENRITH AND THE BORDER 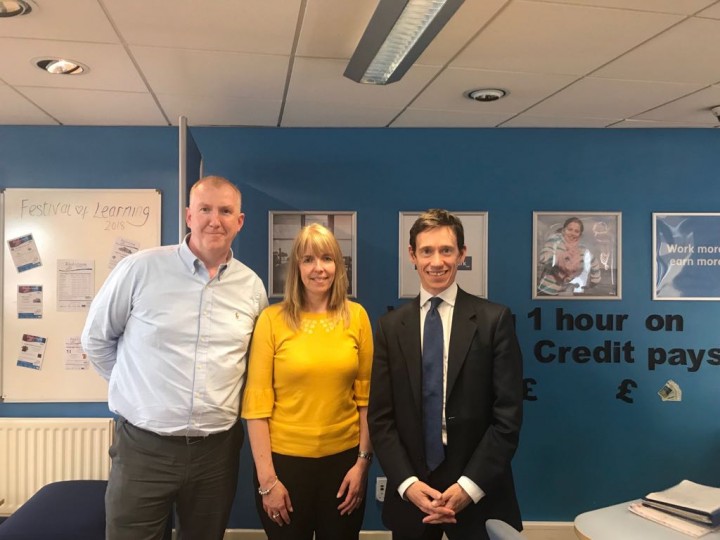 Rory has welcomed the latest unemployment figures, which show a fall to the lowest rate in more than four decades, and shows Penrith and the Border as having one of the very lowest rates of unemployment in the country.

In the North West, 3,446,494 people are now in work, an increase of 267,494 since 2010. In Penrith and The Border, the number of people who are unemployed has fallen further, with a total drop of 34% since 2010. This reflects the high growth rate in Cumbria, and the dividend from a digital revolution in Cumbria, which, following the MP’s national leadership on rural broadband, has seen super fast broadband expand from about 7 per cent in the county when he was first elected in 2010 to almost ninety per cent today.

Welcoming these figures, Rory said: “This is great news, both for Penrith and The Border and for the country. These figures are testament to the success of our businesses, the Government’s economic stewardship and the vital work done by the staff in our Jobcentres. I would like to pay a huge tribute to them for all that they do. I am also delighted that our broadband investment is continuing to underpin the strong growth in the Cumbrian economy.”

Esther McVey MP, Secretary of State for the Department of Work and Pensions, said: “We now have the lowest unemployment for forty years and we are continuing to see real terms wage growth. I’m especially proud that our youth unemployment rate is at a record low, falling by over 45% since 2010 – opening up career opportunities for our next generation. We continue to back businesses to create good jobs and opportunities in every part of the country and for all ages. With over three million more people in work since 2010 – that’s 1000 more people into work each and every day.”