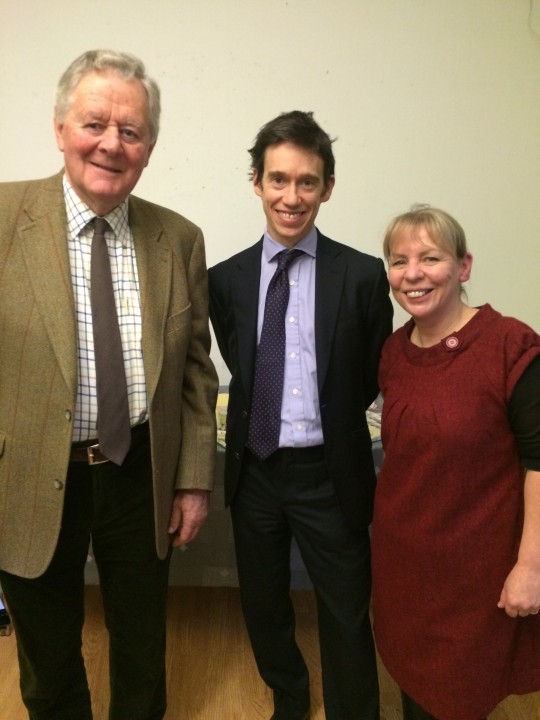 Rory Stewart MP attended the first anniversary of the Penrith-based Triple A Project (All About Autism) – a project which works towards eradicating the inequalities, challenges and difficulties faced by those living with autism who have become known to or involved with the criminal justice system, whether perpetrator, victim or witness.

The event was a celebration of the project’s highlights and it provided an opportunity to discuss the shared aspirations for the coming year. The project was established as a response of a perceived vulnerability with the autism community, whereby individuals are susceptible to becoming perpetrators of criminal behaviour as well as becoming victims through naivety, which is exacerbated by a lack of understanding and misinterpretation.

Triple A project was founded and is managed by Helen Storey, who has a long and successful track record of developing innovative projects, working in the community with offenders and ex-offenders. The project aims to bring about change for the autistic community by developing specialist projects, interventions and support individuals and to eradicate risk as much as possible for those affected.

The event was a well-attended celebration, with Rory being one of several speakers who praised the work of the project.

Whilst there, Rory was told about a unique research project by the University of Cumbria which will investigate the issues of autism and criminal justice. As part of the project the university will be working in partnership with Triple A Project. By working together, the two-year research initiative will seek to change clinical practice within Cumbria, receive national recognition via publication of any findings and lay foundations for more formalised means of support. The project uniquely combines the university’s academic and educational experience with Triple A Project’s knowledge and understanding of criminal justice, along with the issues and challenges for the autistic community.

Speaking about the event Rory Stewart said: “The event was a wonderful celebration of a very worthwhile cause. The Triple A Project highlights a neglected area of support and research into autism. I am particularly impressed with the selfless dedication of Helen Storey, without whom, this project would not have got off the ground. Because of her work, people with autism are less likely to get caught up in the Criminal Justice System, and I wish her, and all involved with Triple A Project continued success in the coming years.”