A large crowd gathered Sunday 20th July at Gretna on the English-Scottish border to lay the foundation stone of the Auld Acquaintance Cairn symbolising the friendship between the nations of the United Kingdom. Individuals and families, aged from 2 to 92 had come from as far afield as Skye, Kent, and Wales, bringing stones from their own homes. The foundation ceremony was marked with a crowd of about five hundred people linking arms, in a circle three deep, to sing Auld Lang Syne. Their action defined the perimeter of the cairn, which is to be 150 feet in circumference. People have been invited to continue to visit the site at any time over the next two months to add their stones to the cairn.

The event is the only ‘physical’ opportunity for English, Welsh and Irish to demonstrate their belief in Scotland’s place in the United Kingdom. It aims to be one of the most exciting and ambitious mass participation events of the year ahead of September’s Referendum on Scottish independence. In a cross-party, cross-border show of solidarity Penrith and The Border MP and author Rory Stewart was joined by Shadow Scotland Minister Russell Brown (Labour, Dumfries and Galloway) and David Mundell (Conservative, Dumfriesshire, Clydesdale and Tweeddale). Historians Simon Schama, David Starkey, Max Hastings and Antony Beevor, the ‎philosopher AC Grayling, Field Marshal Sir Charles Guthrie, and the writer Alain de Botton have all contributed stones to the cairn. Next Monday, 28th July, the explorer Sir Ranulph Fiennes will be at the cairn in the afternoon working with volunteers to continue building the cairn, which will take hundreds of thousands of stones to complete.

Rory Stewart said: “I am overwhelmed at today’s turnout, where friends old and new, of all ages and backgrounds, from all over the British Isles, came to place their stones on our cairn. The Auld Acquaintance is about showing that we are proud to be British, and proud of our Union, and it will be a permanent marker of the strong love and affection we feel for Scotland. For the next two months we will be building our cairn on the precise border of England and Scotland, and we want to encourage anyone who wants to make a peaceful statement about our Union to please come and place their stone right here on this monument.”

The Auld Acquaintance is a traditional circular dry-stone structure that will be created over the next few months, during which thousands of visitors will have the chance to visit and place a stone on the cairn as a symbol of the UK’s commitment to stay together. Individuals and families are invited to bring their own stone, or alternatively to use traditional slate, lime and sand stones supplied on-site. Dry-stone wallers from both sides of the border will be working on the construction, which has been designed by architect Paul Jakulis in a bend of the River Sark – the precise borderline – next to Scotland’s First House. 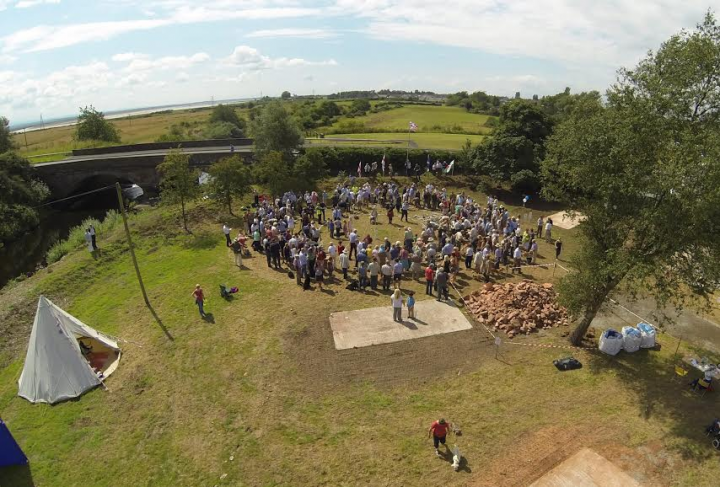 Hundreds gather at The Auld Acquaintance Cairn at Gretna 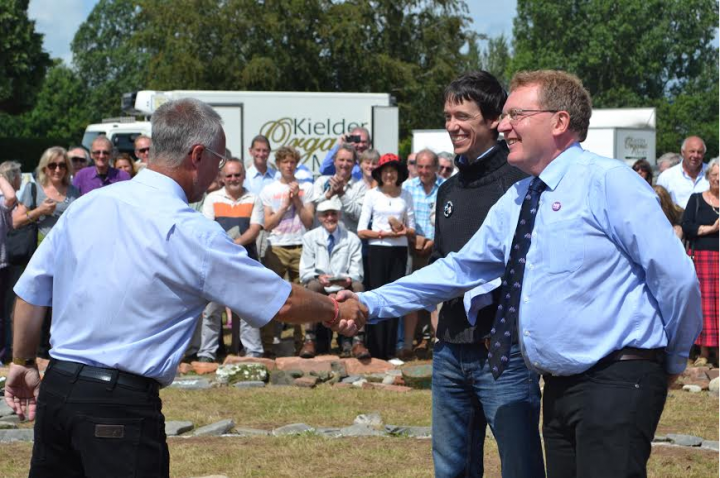