THE POLITICAL INTERVIEW: WHY RORY STEWART IS MINISTER OF SERIOUS WALKS 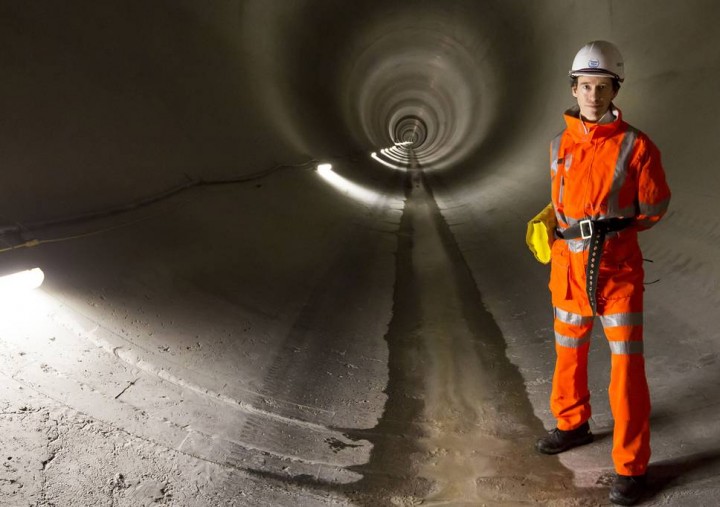 Article first published in the Evening Standard by Joe Murphy on 4 November 2015.

It may seem a comedown for a man who has trekked solo across Afghanistan to go walking through a giant sewer 210 feet underneath London.

But Rory Stewart pronounces as “very cool” his trip down the Lee Tunnel — the deepest ever built under  the capital, and as wide as three double-decker buses. In fact the Environment Minister is planning a longer subterranean journey when the Lee’s big brother — the Thames Tideway Tunnel, or so-called Supersewer, opens in about 2023.

“They’ve offered me the chance to walk the entire 25km Thames Tideway Tunnel when it opens,” he enthused. “There’s only a six-week window before the sewage starts flying down. You need a head torch and a gas mask.”

Mr Stewart’s jaunt below the streets of London aims to publicise new official figures claiming that the Supersewer will bring environmental benefits valued at £13 billion, by preventing 60 million tonnes a year of raw sewage from pouring into the Thames.

“It’s a wonderful thing that we live on top of these wonders that we never actually see — extraordinary underground channels, dams and weirs,” he mused.

Mr Stewart has a long history of seeking out inaccessible places. His life so resembles a Boy’s Own yarn that Brad Pitt bought the film rights to one chapter, a perilous 6,000-mile walk across Asia, including a largely solo trek across Afghanistan in 2002. A year later, in the wake of the 2003 invasion to topple Saddam Hussein, he was handed two huge provinces of southern Iraq to govern, and observed first-hand the spiralling chaos of the post-invasion period.

Given such first-hand experience, it comes as a surprise that Mr Stewart was never invited to give evidence to the Chilcot Inquiry into the causes and aftermath of the Iraq invasion. “I would have liked to give evidence but I wasn’t asked,” he said. He described as “unbelievable” the announcement that the final report will not be issued until June or July, some 13 years after the war.

“It’s important one learns lessons sooner rather than later, otherwise the danger is that everyone will have turned over so no one really learns anything. People say, ‘Oh well, it wasn’t me, it was that other chap.’ If we ever, God forbid, go through something like this again we should set up a very clear timeline.” What single lesson would he most like to see in the conclusion of the report? “That those things are more unpredictable, chaotic and uncertain than anybody can possibly believe.

“If you go into somebody else’s country, topple the head of state and turn the government upside down, no  so-called expert can tell you what the result’s going to be.”

Another danger is spouting “management consultancy jargon” without really having a clue how to help people:  “When I was working abroad you would read these descriptions for Afghanistan or Iraq and you could have cut out those place names and inserted the word ‘Botswana’. If you ask somebody what do you do, they say, ‘Well, I mobilise internal and external stakeholders,’ or ‘I measure through iterative monitoring.’ You are just left there desperate for a concrete example.”

Walking is Mr Stewart’s favoured way of understanding what is actually going on. He once walked from Marble Arch to Oxford, setting off at 4.30am and arriving at 11.30pm. Another time he walked 650 miles to his parents’ home in Scotland, taking 32 days.

“In Afghanistan I never understood before just how conservative the villages were, or how isolated. I was meeting women who had never been more than three hours’ walk from their village … communities where only one person could read or write. The gap between our world and foreign countries is almost impossible to communicate unless you spend time there.” He ran a charity which cleared rubbish and rubble and installed water supplies and sewers. “It was probably the most satisfying thing I have ever done.”

Mr Stewart is also minister for London’s air quality. He believes the Mayor’s plan for an ultra-low emissions zone will be able in 10 years to cut pollution to the point where the capital’s air will finally begin to meet international standards. He added: “I’m lucky. I’m minister for sewerage and recycling, but also forestry, nature, wildlife, national parks — all the things I love about Britain.”