Rory, himself a former school cadet, on Friday enjoyed visiting the Penrith Squadron of the RAF’s cadet force, one of more than 900 squadrons and 34 Wings in the UK. The local MP, joined by newly-appointed Leader of Eden District Council Councillor Kevin Beaty, met with cadets who were preparing for their evening activities, and learned more about their values of leadership and good citizenship, and the work they do in the local community. He congratulated them on their “great spirit of adventure, and drive to uphold the standards of public service in the heart of Penrith.”

The local squadron – a member of the Cumbria and Lancashire wing – talked to their MP about the work that they have undertaken in the past year alone, including building a large scale  model aeroplane; participating in the Duke of Edinburgh award scheme; First Aid training; powered flying at RAF Leeming; hill-walking excursions; supporting on poppy collections; and helping out at many local shows, to name just a few of their achievements.

Rory Stewart said: “Penrith’s Air Cadets are an absolute credit to their communities, their families, and their schools. It is wonderful to see so many dedicated and enthused young people on a Friday evening right in the heart of Penrith, coming out on cadet practice and showing how much they value public service. I hope very much that others will think about joining the cadets, who do such an enormous amount in our local community, and I would like to congratulate them on their great spirit of adventure and thank them for welcoming me so warmly to their HQ.”

Corporal Charlie Johnson, in charge of media and who arranged the visit said: “The Air Cadet organisation has given me the opportunities that have set me up for the rest of my life! Many of the activities that we undertake on a weekly basis are working towards awards such as BTEC’s, D of E and other noteworthy items that will most certainly help me and many other cadets in later life. We would like to thank Rory Stewart and Kevin Beaty for coming along and supporting the Squadron.”

The squadron can be followed on Twitter @1247Sqn and on Facebook at 1247 Penrith Sqn, RAF Air Cadets. 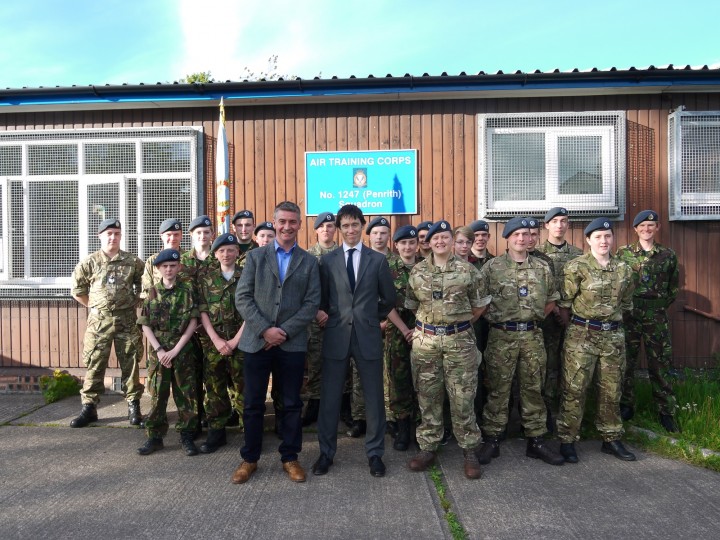