Rory Stewart MP has joined the worldwide movement marking November as annual Pancreatic Cancer Awareness Month (PCAM). It is a major awareness-raising tool about the disease, which is the fifth most common cause of all cancer deaths in the UK with only around 4% of people diagnosed surviving five years or more – a figure which has hardly changed in 40 years. Worryingly, it is predicted that by 2030 pancreatic cancer will overtake breast cancer as the 4th most common cancer killer. This important campaign provides an opportunity for people to raise awareness and funds for pancreatic cancer charities across the UK whilst remembering loved ones who have suffered from the disease.

Rory said: “I am very proud to support this campaign in honour of those who have been affected, and indeed to support all those currently living with pancreatic cancer, and want to thank the UK’s pancreatic cancer charities for all they are doing in the field of advocacy and campaigning. So much needs to be done to increase funding to awareness and research for this deadly cancer. It has the lowest survival rate of all among the twenty most common cancers, and we need to act on the recent Inquiry into research – spearheaded in parliament by the APPG on Pancreatic Cancer – which has recommended serious increases to funding and enhancing the ways in which scientific research is carried out. We also need to encourage our doctors’ surgeries to advertise more about the early symptoms of pancreatic cancer, and ensure that the public is aware of the risk factors and just how difficult it is to diagnose this disease, given that the symptoms do not manifest until it is far too late to operate and cure. This is a major battle but I’m really thrilled that public awareness is steadily growing.”

Alex Ford, Chief Executive of Pancreatic Cancer UK said: “In keeping with the spirit of this annual, national campaign we really want all our activity – whether working with the media, MPs or our supporters in the community –  to bring a feeling of hope to all those affected by pancreatic cancer. Whilst we always put a special emphasis on November in our charity’s calendar, we are working hard every month and every day of the year to raise awareness of the key issues and impact of pancreatic cancer. We want to ensure that the voices of all the key stakeholders and researchers who are striving to dramatically improve outcomes for pancreatic cancer patients are being heard.” 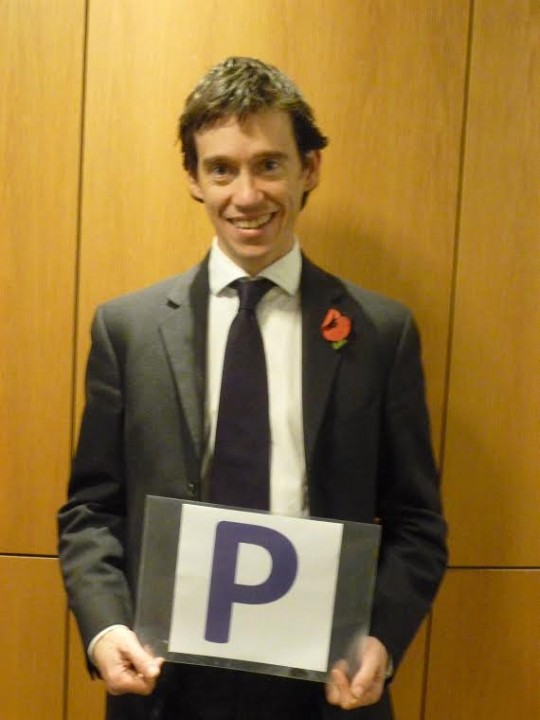