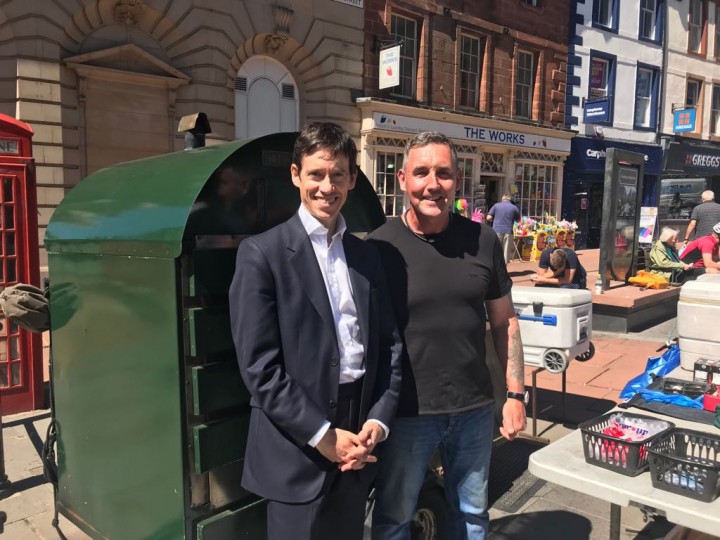 Rory made a special trip to one of Penrith’s most popular eateries last week to visit the famous ‘Tattie Tim’ AKA Tim Lorton, who was one of the first people to the scene of a horrific car accident in the centre of Penrith on the 14th May. Tim was working on his jacket potato stall when a car mounted the payment between him and the HSBC bank going straight through the barriers on the other side.

The incident, in which a lady was struck by the car, suffering life-threatening injuries, happened only metres away from his stall. Tim, seeing how severe the lady’s injuries were, calmly, put on his gloves and grabbed his apron to help stem the bleeding. He went on to put two tourniquets on the lady, stemming the blood flow whilst also looking after the victim and supporting others around him by offering them comfort.

Rory visited Tim to thank him personally for his bravery and to hear about his experience first-hand. Rory praised him for his actions, and said:

“Tim is a true hero. In a situation where many would struggle to know what to do, Tim sprang into action and saved the lady’s life. Clearly his actions not only showed extreme bravery but also helped to save a life. We are lucky to have such an amazing man working in our Market town and I feel really humbled to have met him.”