RORY HOSTS OVER 100 FARMERS TO DISCUSS THEIR FUTURES 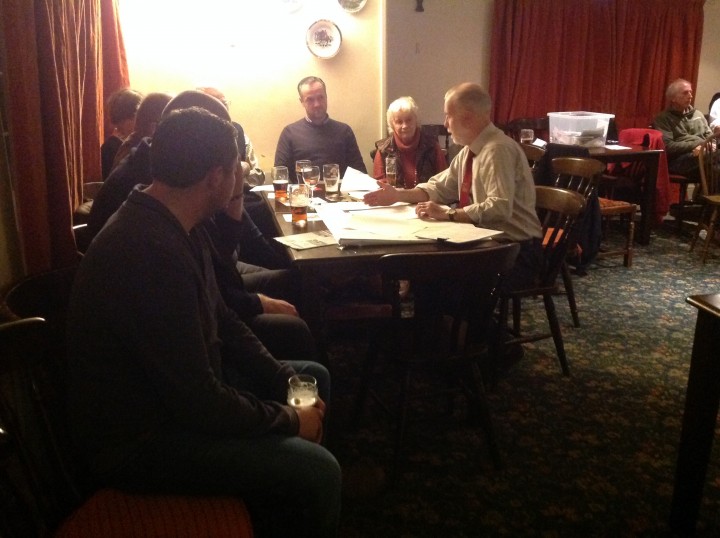 Rory recently hosted farmers from the ‘Forgotten Lands’ to discuss the future of the area.

Over 100 farmers and locals from the ‘Forgotten Lands’ attended the meeting on Friday to discuss the future of farming with discussions ranging from productivity and land management to farm diversification and tourism. The discussions were led by experts in the field with Chris Turner and Christine Venus from Natural England, Paul Harper from The Farmer Network and Gill Haigh, managing director of Cumbria Tourism.

The ‘Forgotten Lands’ are the far corner of north-east Cumbria, lying east of the A7 and stretching northwards from Hadrian’s Wall to the Scottish Border. It has been called the Forgotten Lands because it is precisely that – a sparsely populated and highly rural area: a land of family farms, cattle and sheep, forests, open fells, Roman and medieval remains and a deep Borderlands cultural heritage.

Most importantly, the Forgotten Lands has a very strong community, which was evident on Friday night at the meeting at The Crossings Inn, Roweltown. The aim behind the Forgotten Lands development project, which Mr Stewart has set up, is to ensure that the area and its community is strengthened by boosting its economy and tourism. Mr Stewart set up the project because he is passionate about this area, its proud farming tradition, close-knit community and fascinating history. 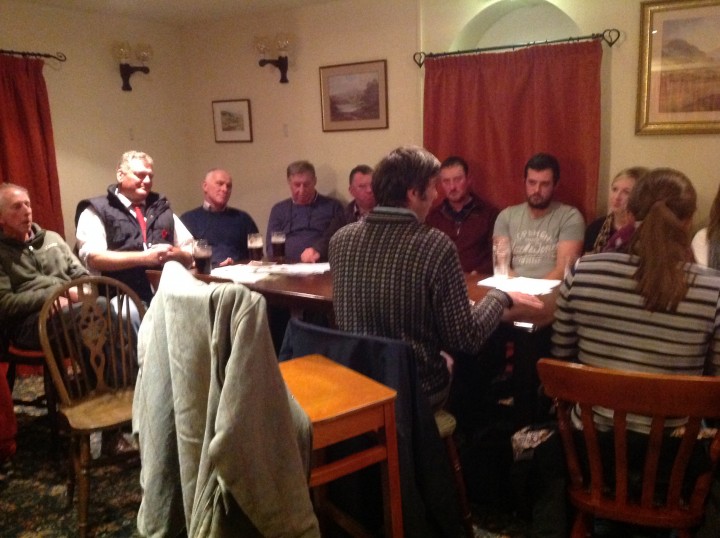 At the meeting, the Agriculture Bill came under scrutiny – particularly the meaning of ‘public good’ and the lack of any mention of food production or rural policy. Rather than ‘public good’ being focused on the environment, it was argued that it should have a much wider focus – on food production, history, culture, community and access. Future payments should come from the bottom up so farmers are recognised for the public good they are already providing rather than a top down approach. It was also argued that farming and forestry should work more closely together for everyone’s benefit.

Farm diversification looked at the opportunities to diversify and barriers to doing so such as finances, travel costs and knowledge. On productivity, discussions ranged from how to help young people into farming, opportunities to improve branding and marketing and how businesses had to adapt to climate change. There was also a strong perception that food production is taken for granted but takes high levels of stockmanship.

In terms of tourism, the Forgotten Lands has a lot of strengths to build upon including: landscape, culture, heritage, dark skies, events, walking, cycling and horse riding. But even though the Forgotten Lands has great experiences to offer for tourists, there is a need for a clear, strong narrative for the area that can be effectively marketed.

After the meeting, Mr Stewart said: “The Forgotten Lands is a very, very special place but it’s a place that is facing a huge crisis. There’s a lack of transport, young people are leaving and there’s a lot of uncertainty for farmers.

“But it is possible to turn this crisis around and I’m confident the Forgotten Lands can because it has people who are committed to the area and we are developing a strong vision for its future. I will do everything I can to make sure the Forgotten Lands are forgotten no more.”

Local farmer Steve Pattinson, of Roadhead, said: “The key to all of this is economically viable family farms, and it must begin there. We need the vibrancy back, the youth proud and engaged. The area needs a stimulus to lead as an example for other upland areas. If we can fix this here then we can replicate it elsewhere.”