Rory Stewart, MP for Penrith and The Border, today celebrated the planning decisions made by Eden Distric Council to reject the planning applications for wind farms at Raisgill Farm and Barrock Fell, describing the decisions as “victories for common sense”. Rory was actively involved in the campaigns against each of them, because of the lack of local approval and negative effects on the landscape. 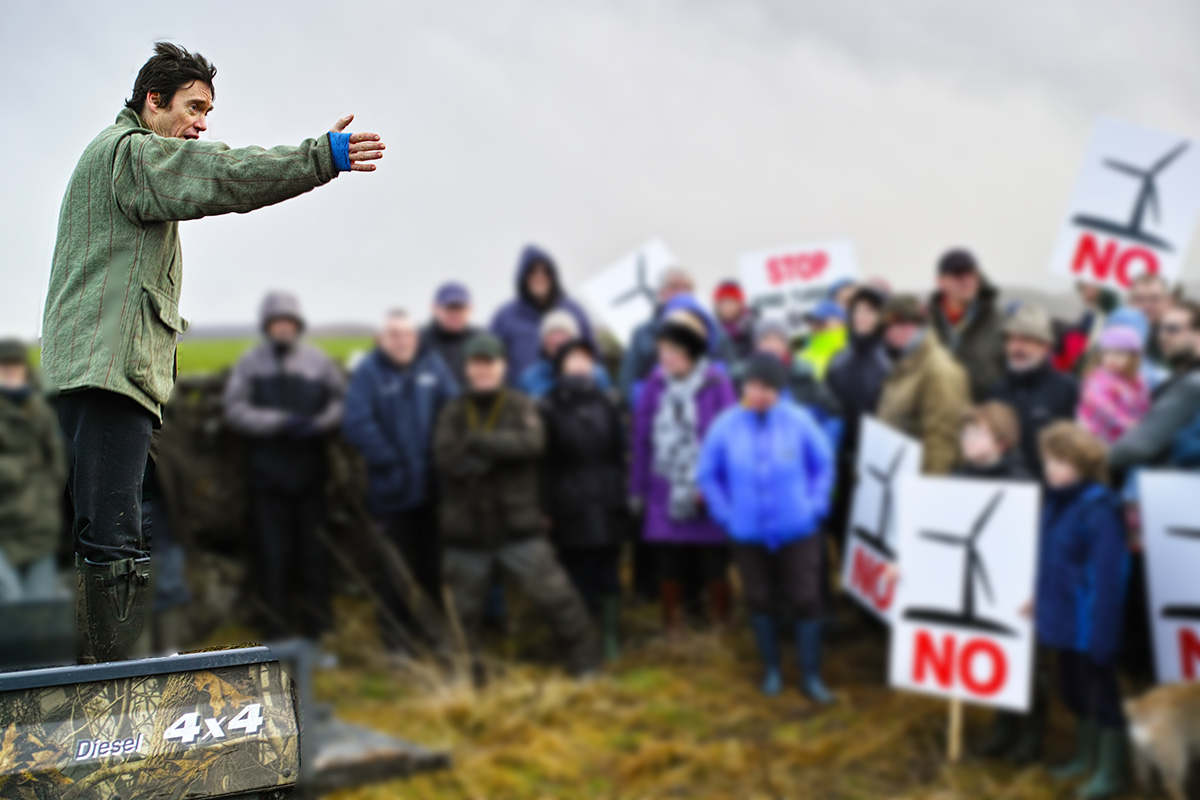 Rory addressing a protest against the Raisgill farm turbine.

The application at Raisgill Farm called for a 200 foot turbine, as well as a road to service it, while a 250 foot turbine was planned for Barrock Fell. Rory pointed out that the assault on the natural landscape could have profound economic consequences, saying “in a region where tourism is our main income earner, we are directly dependent on our natural landscape as one of the last unspoilt regions in Britain. Building wind turbines risks a deep and long-term negative impact on the economy of Cumbria.”