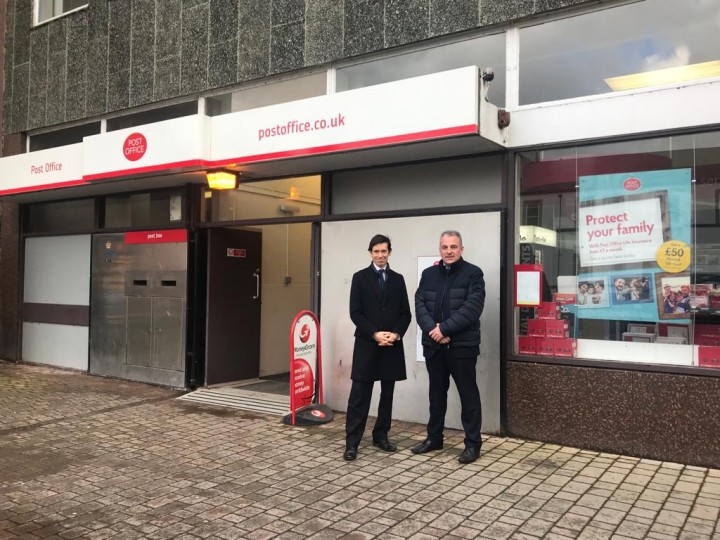 Rory is to present his petition to stop the planned closure of Penrith Post Office to its management on 15 March.

The Post Office announced its intention to relocate its Penrith operation from the current standalone site on Crown Square to the WH Smith on Angel Square in January. At the same time, a consultation was launched, to gauge the community’s views on the plans, with many raising concerns about the size and suitability of the space selected.

Rory, who shared the community’s concerns, launched an online petition to stop this move in February, which quickly amassed over a thousand signatures. At the same time, paper copies were circulated around Penrith, which gained many more names. These will be collected over the coming days, and the complete petition will be presented to Richard Hall, External Affairs Manager on Friday.

Rory said, “I have serious concerns about the planned relocation of the Penrith Post Office, as I have repeatedly made clear to its management. I very much hope that, by presenting this petition, I will demonstrate the will of the people of Penrith who collectively oppose the move to Angel Square. The current site is spacious and appropriate to the needs of the community and I hope that the management recognise this and agree to cancel the move”.