MY DAY SHADOWING A PRISON OFFICER 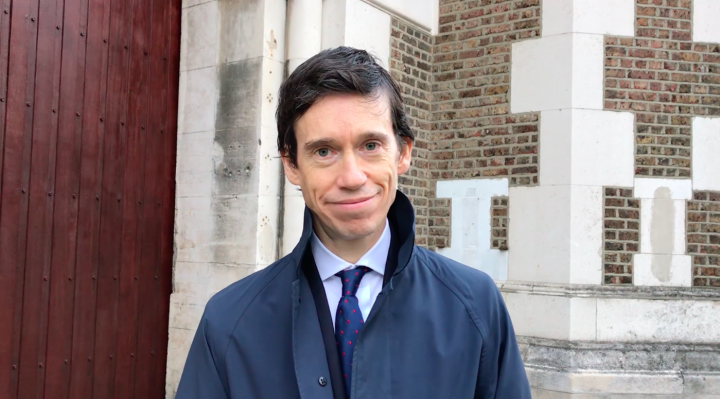 On Wednesday 7 November, I had the privilege of spending a day at HMP Wormwood Scrubs shadowing a prison officer.

It was an invaluable experience — and a unique opportunity to understand the logistics, reality and detail of how a prison is run.

I was able to follow the full morning routine shadowing an individual officer — to see how cell inspections were carried out, follow the flow of movement within a prison and participate in morning briefing through unlock to lock-up again.

I wouldn’t have a true understanding of these things without watching them happen for myself, not in a ministerial visit or tour, but by actually working a shift and experiencing them first-hand, watching the daily work carried out by prison staff — some of our most dedicated public servants.

I arrived at Wormwood Scrubs just after 7am and was placed on D wing, along with prison officer Bowden who I was shadowing. I went from unlock, letting prisoners out of their cells, to education and work, and then followed orderlies on their daily tasks. To the laundry room (where we had a bit of a discussion about how many towels we should be getting), to the kitchens where people were preparing for Diwali, the Festival of Light, cooking up some amazing curries.

In the morning, we sat down with a prisoner who had overdosed the day before and was feeling suicidal. We spoke with him to understand why he was trying to kill himself, talked to him about some of the issues in his life, and put an ACCT (Assessment Care in Custody & Teamwork) plan in place to help him, which included small changes like challenging areas of his behaviour.

During the afternoon, there was an incident on D wing and the alarm bell was hit. Officers immediately attended, and swiftly de-escalated the situation. Afterwards, I spent time with the orderly officers going through the incident book where we talked in detail about the number of assaults, and discussed some of the ways we can work together to address them. I also got a chance to talk through some of the gang issues faced by the prison, and difficulties with some of the younger and more challenging prisoners.

Wormwood Scrubs is one of the 10 prisons receiving funding from our £10 million investment. This extra resource will help to curb the flow of drugs and phones coming into prisons, improve safety and decency, and strengthen our leadership.

I also got the chance to see some of the improvements the prison has made in recent months. When I visited back in January 2018, I was very worried about some of the conditions of the cells and I was particularly concerned about the prison’s ability to thoroughly search for contraband, particularly for visits.

That’s why I was so encouraged to see the refurbishments and improvements on D-wing. And why I was delighted that the prison has increased its 2 dog handlers up to 7, meaning there is more opportunity to search people for drugs, patrol the perimeter, and check the cells. This led to a huge find at the perimeter during that week. Not only that, but prison officers were telling me that they felt going smoke-free has meant cleaner wings.

And we can really see the effect of this on the landings. By being able to search and find contraband more effectively, prison officers said that they felt people are using drugs less and less, so there’s less Spice on the wings, less smoke, and therefore less violence and medical emergencies, resulting in a calmer, cleaner environment.

The end of my shift — reflections

Reflecting on my day, I’ve had an extraordinary experience.

A prison like Wormwood Scrubs, with so much history and so much challenge, means it’s impossible to simplify my experience into one blog post.

A single ‘day shift’ in an officer’s life can never give me more than a glimpse of a particular prison, at a particular time, and I know that 20 or 30 other days could all be incredibly different.

But for me, it’s the basics and the fundamentals of how a prison is run which is what we, as the Ministry of Justice, need to get right. The thing that interests me most is how the core of any prison is run: the experience on the landings, how officers work together, how they do their morning meetings and interact with prisoners. We need to go back to basics, and have an unwavering regime that sets out the high standards needed to improve our prisons. The core of this is to provide the training and support to the uniformed staff on the landing — creating a calm, safe, orderly environment which has to be the foundation for everything else we care about.

But what I took away from my day, above all, was that combination of the incredible experience and dedication from the longer-serving staff. I was very impressed by staff in a whole range of roles, from the custodial managers, to the chaplains, and officers working on the wings.

I also took away with me a sense of energy, optimism and positive morale, particularly from the newly-recruited staff. It was clear to me that the new recruits are developing the confidence needed to deal with prisoners in very challenging situations. They’re getting the right combination of humour, challenge and discipline which brings calm, order and control into what must be one of the most difficult environments in Britain.

My day has been fascinating, and I am incredibly grateful to the Governor of HMP Wormwood Scrubs, Sara Pennington, to the officer who let me shadow her, to the orderly officers, and everyone else for providing me with the opportunity to get this hands-on experience of daily prison life.