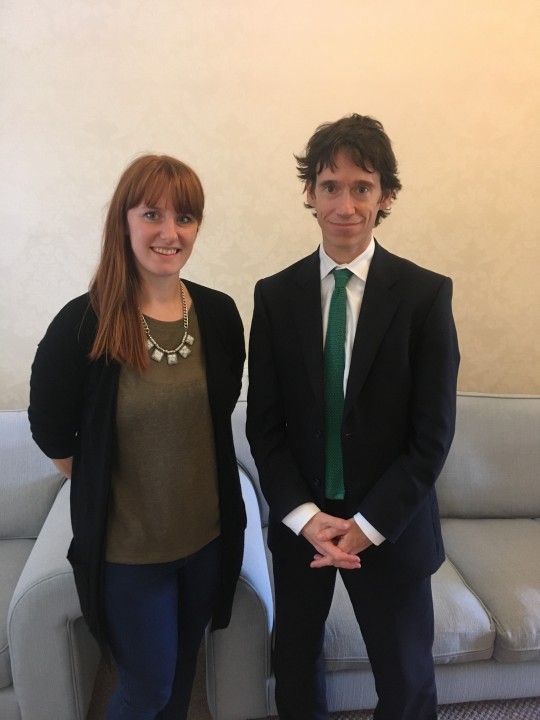 Rory Stewart MP has met again with the family of a Wigton man currently imprisoned in India.

John Armstrong, a former Paratrooper, was one of six British men – known as the ‘Chennai 6’ – arrested in 2013 on board an anti-piracy ship and convicted of illegally possessing firearms in Indian waters. Since then, Rory has been in close touch with the family to try and bring about John’s release, and travelled to India in 2015 to visit John in person. He has also held countless meetings with Foreign Office officials, and with the Indian High Commissioner.

Rory has now committed to arranging a meeting with Foreign Office Minister, Mark Field, and speaking again with the High Commissioner-designate to India, Dominic Asquith, to keep up the profile of the case and encourage the British Government to continue to do all it can to help the men.

John’s sister, Joanne Thomlinson said: “We really appreciate Rory taking the time out of his day to come to see us and discuss John, the legal case and John’s welfare. The case has now been ongoing for almost 4 years and Rory has been involved since the beginning so we value his contribution to our ongoing efforts to see John and his colleagues’ release. John met with Rory in 2015 when he flew out to India to visit him and I know he appreciates Rory’s engagement and concern with the miscarriage of justice he is facing. We hope that a meeting with the Foreign Office Minister will happen soon and we will hopefully see matters progress from there.”

Rory Stewart said: “I am deeply concerned about the progress of the case. The main obstacle continues to be the Indian legal system. which is not like ours, but there is no question that the British Government has been working very, very hard behind the scenes to do what it can, within its powers and given the sovereignty of the Indian legal system, to get the men home. Yet I share everyone’s frustration at the sheer length of time that that legal process is taking. Meanwhile we need to ensure that we do all that we possibly can to make John and his colleagues as comfortable as possible whilst they are in prison, and to ensure that they remain healthy both mentally and physically in order to withstand the current uncertainty around their case. John’s family know that their campaign to bring him home has my full support. I will continue to champion his cause with both the Indian and British governments.”

For more information and to support the Chennai 6 visit www.chennai6.co.uk.