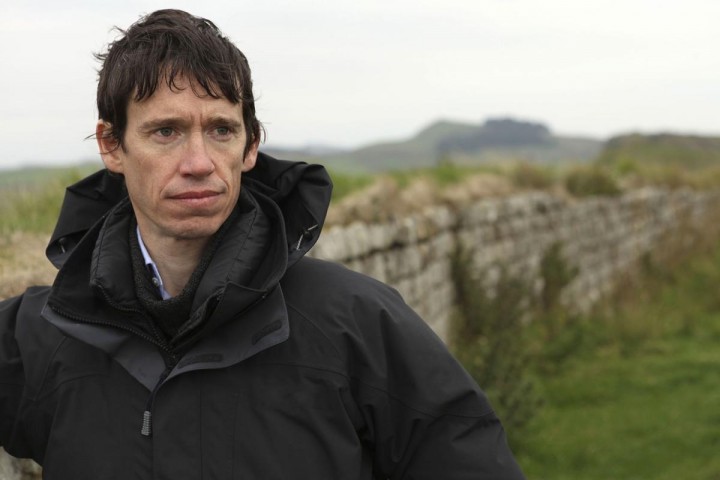 Article first published in The Sunday Times by Mark Macaskill and Jack Grimston on 13 July 2014.

A member of parliament who wanted 100,000 people to link hands along the Scottish border in protest at Alex Salmond’s independence plans said he had been forced to drop the idea after health and safety fears were raised.

Rory Stewart, the Conservative MP for Penrith and the Border, now plans to create a Stonehenge-style stone monument at Gretna with the help of the British public. The foundations for a 50ft-wide cairn are being laid, and a stone-laying ceremony will be held on July 20. People will be invited to add stones and slates to create a permanent symbol of the Union that will resemble a lampshade.

Among those expecteed to contribute stones are Sir Andrew Motion, the former poet laureate; the author and jouranlist Sir Max Hastings; the historian Simon Schama; and the writer and philosopher Alain de Botton.

“It is an exciting proposal. It is a much more permanent testimony to the Union: a chance for people to work and build something together over time. And it draws on the deepest traditions of community building,” Stewart said.

The idea for 100,000 people to hold hands along Hadrian’s Wall was abandoned quietly last month, fuelling speculation it had a lukewarm reception on both sides of the wall.

Stewart said the mass gathering hit the buffers when English Heritage feared Hadrian’s Wall would be damaged. The police raised concerns the event would cause massive traffic congestion. Stewart said the logistics of a mass gathering became clear only after he publicly launched the idea, and was told the event would require more than 300 portable loos and 80 ambulances. “It’s been a learning experience,” said Stewart, 41, a former officer in the Black Watch.

“I think with much more time, and probably many more staff and support, we might have been able to overcome the issues and reassure the agencies.

“English Heritage was very concerned that gathering thousands of people in a line along the wall would damage the monument. It was possible to do, but in Britain we seem to have a lot of regulations.”

Stewart said building a cairn was “a better idea” that was already invoking a community spirit. Several local farmers had offered to bring “truckloads” of stones to the site for those unable to bring their own, he said.

“I genuinely feel that the changed Hands Across the Border is a better idea. It is less of a logistical nightmare but, most importantly, it is a stronger event and symbol,” Stewart said.

A spokeswoman for English Heritage said the organisation was “content” for the Hands Across the Border event to proceed “as long as it did not involve damage to Hadrian’s Wall and was subject to a satisfactory events-management plan”.