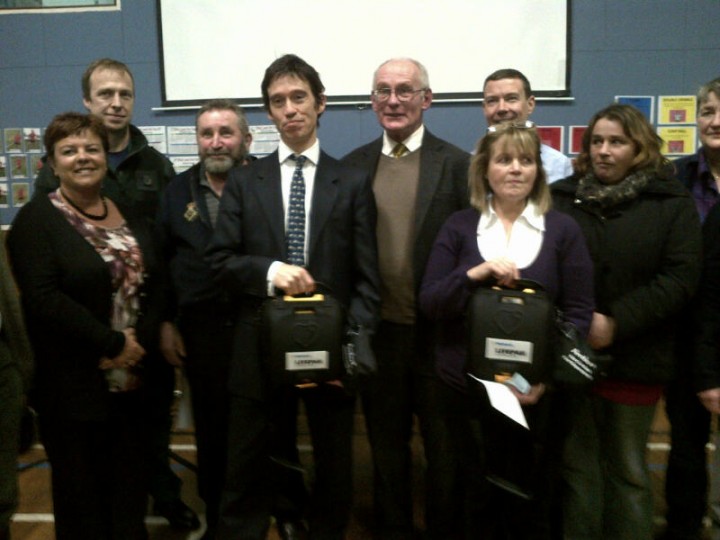 We have just had some fantastic news. The Alston Community Ambulance – the only one of its kind – which was threatened with abolition, has been saved. This marks the culmination of two and a half years of intensive meetings and negotiations. I am writing in a snowstorm on Alston Moor, which emphasises – with every snowflake on the road – why the Alston Ambulance is so necessary.

The real credit lies with Dr Malcolm Forster and his team in Alston, who have patiently put together a series of proposals on how to make the community ambulance work. They have been supported throughout however, by a fantastic level of energy and commitment from the local community, which culminated in tonight’s meeting at Samuel King’s School. There was a turn-out of over 350 people in the snow, out of a population of seven hundred, showing how important this is.

A huge thanks must also go to the Northwest Ambulance Service and NHS Cumbria Clinical Commissioning Group, who between them, overcame some very difficult challenges, to support our unique Alston model.The Alston Community Ambulance serves the highest market town in England. It is one of the most isolated and sparsely populated areas in the country, and is frequently cut off by snow on the Hartside Pass, which climbs to a height of 1904 ft. As a result, Alston has always had to find specialised ways of coping; it has the smallest secondary school in England,  a community run snow plough, and its own innovative community broadband scheme.

The ambulance relies on volunteer drivers and volunteer medical responders, to respond to emergencies, meeting other medical services (e.g. the Air Ambulance), and in so doing dramatically reduces response times and saves lives. It has been a real challenge to sustain this model. New regulation, introduced for understandable reasons, has made it difficult to resolve this problem, and it has taken many months of negotiations to decide on how to continue the service. Today however, it has all paid off. NWAS and Cumbria CCG have confirmed they will continue to support the ambulance on Alston Moor and will provide support and training for twelve volunteers, to allow them to man the vehicle.

This is another great example of community action at its best: both in running the community ambulance, and in fighting passionately to keep it. It also shows – as we have found before – that if we make the right arguments and keep pushing, we can solve even the most knotty of problems.

Thank you again to everyone who has offered their help and support on this over the past two and a half years.