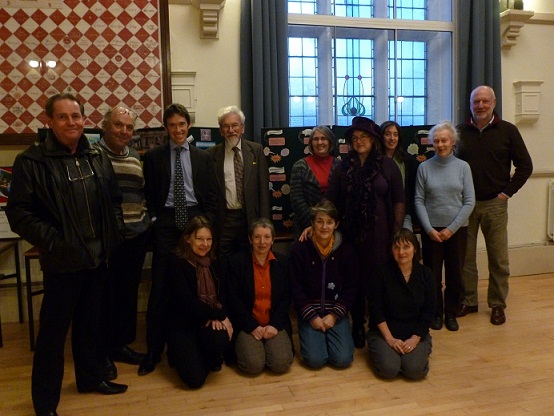 Rory met with a large group of Alston residents on Friday 25th November in an event to introduce the Alston Action Committee to the MP, who has been a tireless champion of community-led plans and decentralisation since his election in May 2010. The meeting followed the group’s submission of their expression of interest to Government to be a Community Budgets pilot, with the local MP’s strong endorsement.

Led by local resident Alix Martin, the meeting was attended by, amongst others, parish councillor Tony Pennell, Tom Bell of the Alston Moor Partnership, former chair of Solway Border and Eden Leader Programme (RDPE) Peter Kempsey, local head-teacher Pat Cuthbertson, Eden Youth Work Partnership’s Sarah Bisson and local district councillors Chris Harrison and Pat Godwin. The group presented Rory Stewart with a vision for Alston encompassing the improvement of local services and the economy, the preservation of Alston as a heritage area, the great need for improvements in transport and services for younger people, and the support of residents for a local community plan.

Rory said: “Alston Moor is one of the most incredible and resilient of Eden’s communities. It is unbelievable how much they have achieved to date, and now the Alston philosophy of ‘local knows best’ is at the very heart of what the current government is all about. I wholeheartedly support all that the Alston Action Committee would like to achieve, but these projects do require an enormous amount of investment in terms not only of finances, but of time, energy and effort. I feel sure that if this can succeed, it will do so in Alston.”