What will it mean to wake up next week and find that Scotland has left forever?

What will it mean to wake up next week and find that Scotland has left, forever?  Bewilderment, certainly, loss, grief. But we cannot know how we will feel until it is lost: until it is too late. We have spent three or four hundred years, as a single family: everything in our language, our culture, and our identity is a product of that family.  We are four nations that have evolved together.  If that family is torn apart, we will be bereft, unmoored, in ways we cannot begin to imagine.

We would start by losing the very name of our country – the United Kingdom refers to the Union between the Kingdoms of England and Scotland. What is the name for a disunited Kingdom? What will it feel like for the first time, to drive into Scotland on holiday and be stopped at, a border post? To watch lawyers and consultants grow rich through splitting our assets?

Will Scots move to Cumbria to pay lower taxes, or English move to Scotland for benefits? What fortunes will be made by accountants, as companies work out the costs of doing business with a new country with different regulations? How much will we pay international bankers to advise on the division of the debt? And what will investors make of us, when all this is going on?

Those are the easy questions. It would be a messy, ugly divorce, and we would waste a decade and a fortune, in squabbles that will become ever tenser, ever angrier and more resentful, as the blame is apportioned and reapportioned between us. But the negotiations would end.

Our identity, however, our family of nations, would never heal. Take the millions who have worked for the British Army, or the British government, or the millions with mixed English and Scottish ancestry. We never had to think about what our country was, and wasn’t – we were serving Britain regardless of whether we were in Cornwall, in Aberdeen, or in Iraq. Neither a Scottish father, nor an English mother, was a foreigner. But split our country and who are we serving? What will happen when our countries disagree? Which country would we follow? Which army would we join?

And would we ever feel the same way about England or Scotland alone, as we feel about Britain? Will we unleash a defiant and shrill English nationalism, insisting on superiority and differences? How long then would Wales stay? And will we not always feel as though something were missing in our new country, as though we carried a phantom limb?

Only a week remains. The polls currently show that Scots will vote for separation. But it is very close: a point either way. The views of a few thousand people will decide the future of millions. We must help them see the Nationalists for what they are: pessimists about Britain, who hope to shut out the challenges of the age, by shrinking the country, putting up artificial borders, and retreating from the diversity of the United Kingdom. They offer a dream only of being with people like themselves. And it is a false vision. The strength of Britain – and of any family – lies in difference, being challenged by other people and other nations, learning from each other, and becoming – like any family – much more than the sum of our parts.

In the end, Scottish voters need to be convinced only that Britain is a country, of which they can be proud. A country with a brilliant future. And that is something that even those of us who do not have a vote can demonstrate. We are the heirs of a country that has been four hundred years in the building. We cannot let a country that our ancestors sacrificed for so long to build, simply drift away through apathy, complacency and indifference. Instead, let us prove that when our country was at threat, our citizens were still prepared to stand and work together. Scottish Nationalism is a narrow, reductive, withdrawal. But Britain can always offer something larger, more capacious, more diverse, more powerful, and more imaginative. 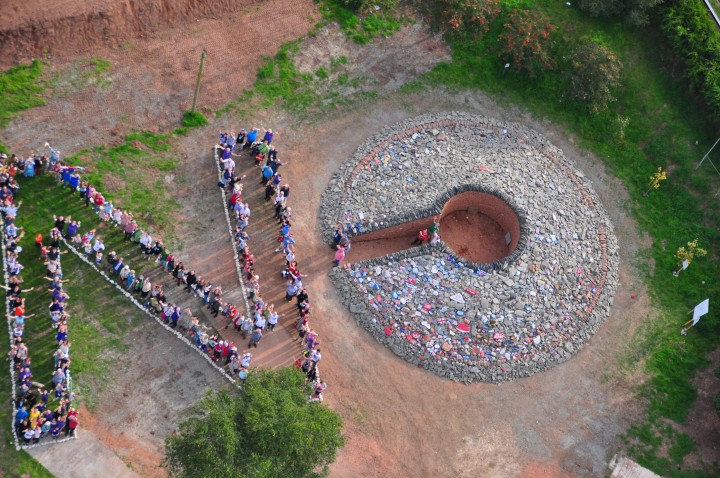