WHAT DOES HOME MEAN TO A NOMADIC TRAVEL WRITER? 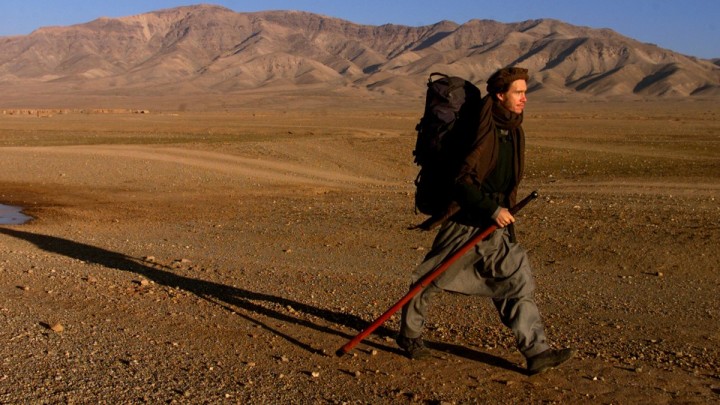 Article first published in Outside by Andrew Fedorov on 22 November 2016.

When Rory Stewart was 15 and visiting his parents in China, he bought a cheap bicycle in a Guangzhou department store and decided to bike more than 100 miles back to the family apartment in Hong Kong. This worried his mother, though perhaps not as much as when he decided to spend two and a half weeks on a school break from Oxford walking the Afghanistan-Pakistan border into the Wakhan corridor, or later when he went scrabbling up and down sharp ridges across the jungle of Indonesian Papua.

After a little less than five years in the British foreign service in Montenegro and Indonesia in his twenties, which Stewart has admitted gives “the appearance of” spycraft, he decided to walk around the world. He got through about 6,000 miles across Asia and entered the bestseller lists with The Places in Between, an account of the 2002 Afghan portion of the walk. In 2003, at age 30, Stewart found himself part of the occupation government of Iraq, briefly in charge of a region that’s a bit smaller than New Jersey (he writes about this in The Prince of the Marshes). Later still, in Kabul, he headed up the Turquoise Mountain Foundation, a charity Stewart founded with Prince Charles.

On the heels of this globe-trotting era, after a brief stint teaching at Harvard, Stewart moved to Britain in 2009 to run for a seat in Parliament (he succeeded). In the years since, he has tried to grapple with this damp little island that he has never really known as his own. His new book, The Marches ($27; Houghton Mifflin Harcourt), is about that inner conflict, his relationship with his recently deceased father, and trying to establish a home by parsing the elements of history and identity.

In most of Stewart’s books, there’s the sense of stories and trips unshared. Here he seems to unveil most of it, examining the scope of his life in an attempt to establish himself in place.

Stewart was born in Hong Kong, and though he spent some of his childhood in Britain, he moved around a lot because his father was a Malaysian colonial administrator and the second-most senior man in the British Secret Service. “It’s very eccentric, being brought up as I was by my father,” Stewart tells me with a carefully enunciated upper-class accent over the phone from London. “Our Sunday afternoon walk would be in the jungle in Malaya, making rafts and floating down rivers.” He says that his father, a World War II Scottish Highland regiment veteran who was “more playful and more over the top than most people,” tried in his own way to instill Britishness in his son. He made Stewart dance Scottish traditional dances to music played on a cassette player and laid out historic British military battles on their apartment floor. “It would be a little bit like an American father bringing someone up in Hong Kong and constantly talking about crossing the Potomac or the Gettysburg address.”

But until 2009, when he joined Parliament, Stewart had little direct knowledge of Britain. When he finally moved into a cottage in Britain’s Lake District, he began trying to understand this place in the same way he had tried to understand much of the rest of the world: on foot. In 2011, Stewart walked the length of Hadrian’s Wall, the Roman ruin dotted on an east–west axis across England, with his father following along in a car part of the way. The next year, he walked 400 miles along the English and Scottish border from his cottage to his parents’ Scottish estate. These are the book’s titular marches. “Walks are miracles,” Stewart writes, “which can let me learn, like nothing else, about a nation, or myself.”

Someone who has grown up like Stewart, tossed around the earth, at first involuntarily, then with mounting enthusiasm, will question how one place could hold this special designation of home and how a nation could be integral to one’s identity. The question that seems to reverberate as background noise of The Marches: If one grew up everywhere, would one be at home everywhere—or nowhere?

After World War I, it was claimed that the newly introduced British passport could take you all around the world without seeing a sunset. For postwar travel writers like Peter Fleming, Robert Byron, and Wilfred Thesiger, home wasn’t where their passports indicated. It was wherever those passports carried them. At one point in his life, Stewart saw himself as a successor to this tradition. But he now realizes that tradition was, to a great extent, a function of the British Empire. For Stewart’s generation of British citizens born abroad, in a world without empire, abroad was no longer an extension of home. Stewart acknowledges that, in this light, the position of the travel writer has also become shaky.

“The problem with these imperialist travel writers is not only all the very disturbing elements of colonial history, of racism, of arrogance,” Stewart tells me, “but it’s also that their own sense of British identity is actually very fragile. It’s not very sensitive or inventive.” The working travel writers he admires today don’t fit in that genre in the classical sense. They’re more properly described as journalists, like John McPhee and Peter Hessler, both of whom frequently write for the New Yorker. They analyze and report with a wealth of information that comes from beyond just personal experience. For The Marches, Stewart acted as much as a reporter as he did a pure travel writer, recording countless interviews and doing years of research for the book. “The other books took me only a year to write,” he says. “This one took me nearly four.”

Stewart brings up an affinity for V.S. Naipaul and an aversion to Paul Theroux. When I mention his introduction to Bruce Chatwin’s The Songlines, Stewart allows a startled “Oh” to escape. “You’re right,” he concedes. “I did love him as a younger guy, but as an older guy, I’ve become really angry with him.”

Chatwin, who more than anyone embodied the image of the travel writer in the second half of the previous century, built a career pinballing around the world, chasing larger-than-life stories and extraordinary objects. In The Songlines, the culmination of a lifetime of thought on nomadism, Chatwin concludes that home is just the territory we move through. Stewart seems to be one of the few travel writers who hasn’t fully accepted this concept of a yo-yo humanity, swinging out across the earth and back, as the basis of a happy modernity.

“I’m afraid that sometimes I think he’s a fraud,” he says. “I think he found it very difficult to write about the modern world because he’s always trying to make it seem more romantic, more exotic, and more carefully turned than it actually is. I wish Chatwin were capable of acknowledging that a lot of the experience of travel can be boredom, can be familiarity, can be frustration. Whereas he writes books that turn travel into a sort of fairy tale. I’m really keen to fight that. I’m really keen to do all I can to capture just how weird and strangely formed the modern world is.”

Finally, Stewart admits, “I think I’m always struggling as a person between my own sort of romantic Bruce Chatwin side and my desire to be more realistic about the modern world.” In this book, he says, “my romance and absorption with the past of the British landscape is rubbing up against the reality of modern Britain.”

And what is that reality? In Afghanistan and Iraq, Stewart met people who had stayed put on a piece of land for generations. They had “distinct identities and oral histories” that secured them to the land. He believed that home was not a quandary for them; it was a given. In contemporary Britain, however, Stewart finds that few linger and home is not so obvious. In the face of these split geographical loyalties and the accompanying detachment, he realizes that modern ideas of home and identity must be fundamentally different from inherited ones. He comes to understand that, today, a homeland—be it Syria, Scotland, or the British Empire—is at its heart an invented tradition, a web of stories.

After his father died, Stewart did a lot of hard thinking. “What my father represents is that identity is an activity,” he concludes. And with the younger Stewart, to some extent, it’s not what he thinks and knows about a place that make it home, it’s how he experiences and acts in it. That’s why the Lake District, one of the world’s most-walked landscapes, is what he chose to call home. “I become a very different person, even on a short walk,” Stewart says. “A seven- or eight-hour walk in Cumbria in the hills and I immediately feel this is the best thing I’ve done all month. I just feel happier.”