As one of the most prominent pro-union campaigners during last year’s referendum on Scottish independence, Rory Stewart this week revisited the ‘Auld Acquaintance’ cairn at Gretna, as he continued on his tour of The Penrith and The Border constituency, for which he is seeking re-election. Erected in the months preceding the Scottish referendum last year as a symbol of unity and support for Scotland’s place in the United Kingdom, the project launched by Rory Stewart, saw tens of thousands of people travel to Gretna from across the United Kingdom – and further afield – to lay approximately 130,000 stones in support of the Union. Thousands of painted messages, poems and names, reflecting love for Scotland and the United Kingdom, were still proudly visible.

Speaking at the cairn, alongside Alasdair Houston, who kindly offered the land on which it was built, Rory Stewart said:

“It is wonderful to again reflect on the energy and passion with which thousands of people from both sides of the border came to express their support for Scotland as part of the United Kingdom. I look back with real fondness and pride over what we managed to achieve here, and I hope the cairn will continue to stand as a symbol of our common identity, shared culture, and values for many years to come. Scotland is better off in the United Kingdom, and the United Kingdom is better off with Scotland in it. The Scottish people voted decisively to remain part of the UK, and I hope, whatever happens in the forthcoming election, that the will of the Scottish people for our on-going union is respected.” 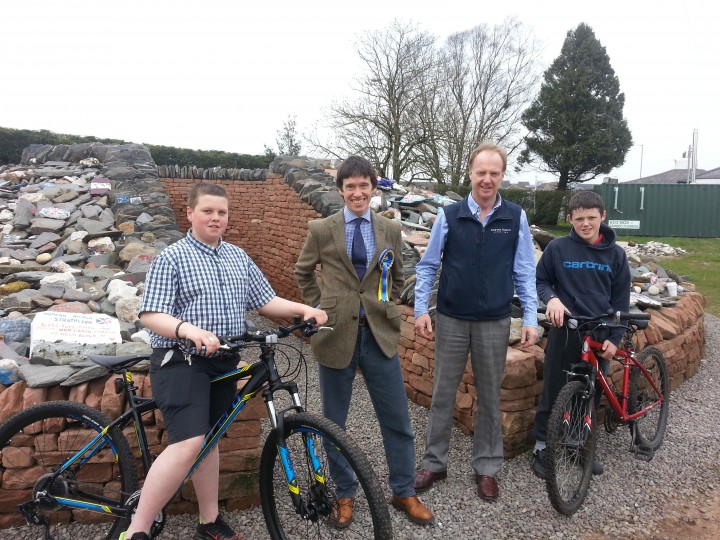