Today Rory welcomed the representatives of 1st Kirkby Stephen Scout Group to parliament. The three scouts along with their leader Tom Higss attended a reception in the magnificent Speaker’s Apartments’ rooms in the House of Commons, hosted by the All Party Parliamentary Group for Scouts.

Rory heard about what the Scouts had been getting up to in Cumbria. The Eden Scout District, with close to a thousand members aged 10 to 14, stretches from the summit of Helvellyn to the top of the Pennines, and from the Howgills to the edge of Carlisle. Rory was also able to introduce the three scouts individually to Eric Pickles MP, Secretary of State for Communities and Local Government.

Rory said: ‘It was a great pleasure to meet the three Scouts along with Tom Higgs. I think the Scouts are an incredibly important organisation who teach vital skills to children. I am a great supporter of the work they do and it was great to hear about what they’ve been getting up to recently in Cumbria and the big efforts they’ve been making to recruit more adult volunteers to allow more Scouts to enjoy the experiences and adventures on offer. I am looking forward to joining the Scouts soon on one of their adventures. ’ 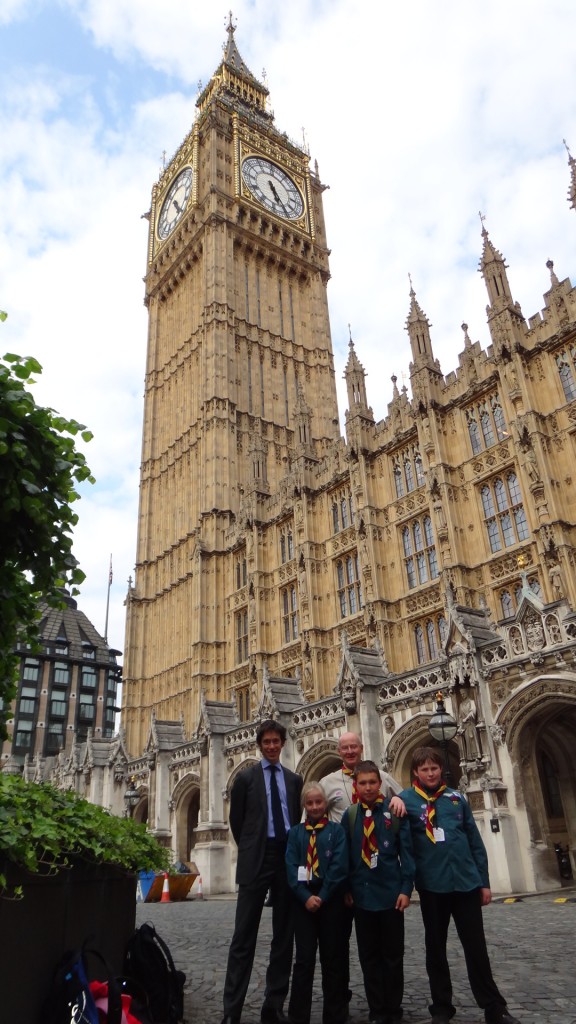