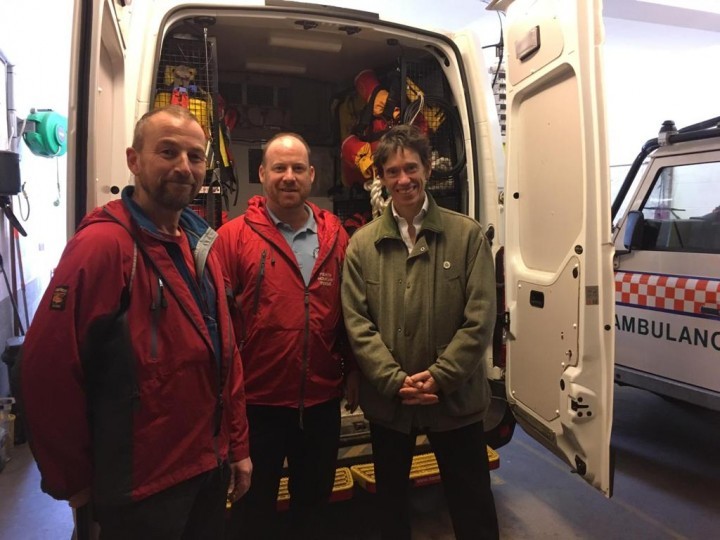 The Penrith Mountain Rescue Team has received £8,586.74 while Patterdale Mountain Rescue Team was given £4,005. The money comes from the Government’s Rescue Boat Grant Fund, which was launched in 2014 with the objective of distributing £5 million over five years to independent search and rescue teams working on inland waterways. The money received by these Cumbrian Mountain Rescue Teams will assist them in their work to keep inland waterways safe by helping with the cost of new equipment. So far, nationally, money has been given to 98 search and rescue charities, paying for 65 new boats, as well as launching vehicles, rafts and procuring safety equipment.

Rory has been a committed supporter of Mountain Rescue Teams since his election in 2010, and has served as the Chairman of the All Party Parliamentary Group on Mountain Rescue in Westminster, championing the service nationally and supporting its efforts locally. He takes an active interest in the work of those Teams operating across Penrith and The Border, and, most recently, visited the Penrith Team to lend his support to their campaign for bigger headquarters.

Welcoming this increased investment, Rory said: “This is fantastic news for the Patterdale and Penrith Mountain Rescue Teams, both of which do such selfless, vital work. Day in, day out, their volunteers give up their time to keep us safe and I am very pleased that the Government has allocated them these funds. They are very much deserved”.