RORY THANKS FRIENDS OF WIGTON STATION AND CALLS FOR MORE VOLUNTEERS 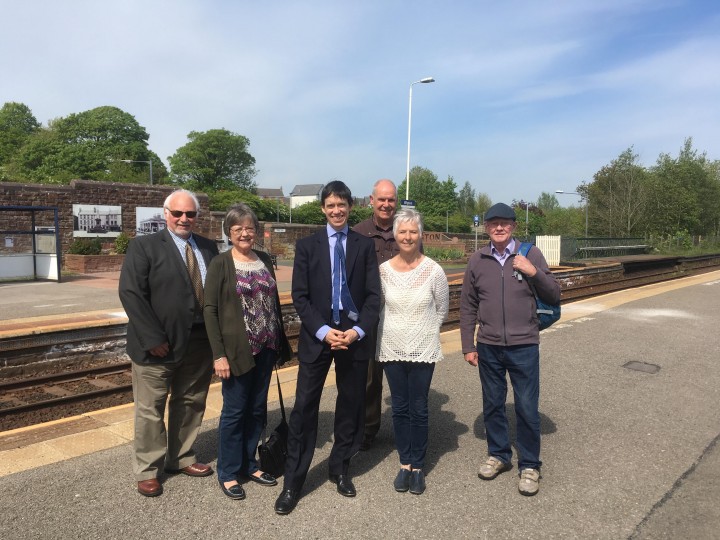 The Friends of Wigton Railway Station group was established in 2009, and over the years, as a result of local support and community engagement the station has been transformed, utilising local stone for features, flower beds and general landscaping. Neglected areas have been restored, seating provided and artwork reflecting local heritage has been installed. Volunteers cut the grass each week, pick up litter and generally keep the station tidy and cared for.

Plans are now underway to reinstate even more of the original station architecture, including the waiting room, which has been at the nearby Netherhall Estate since the late 1880’s. It is unclear when the structure was built, but it is believed that subsidence led to it being removed and taken away. However, efforts are being made to return it to its former home at Wigton Station, something which Rory Stewart fully supports.

Speaking after the visit Rory said: “Wigton Railway Station looks incredible, and that is entirely down to the effort of the dedicated volunteers who give so much of their time to the station and to their community. The station is held very dear by so many residents, and after some past neglect is now well on its way to its former glory. I look forward to many more improvements and to seeing the original waiting room returned to its true home, and I would encourage anyone with an interest and some time to spare to get in touch with the group to see how they could help.”

The friends group meets every Friday morning and additional volunteers are welcome. If anyone can help with time, plants or tools, they are asked to call 016973 44106.