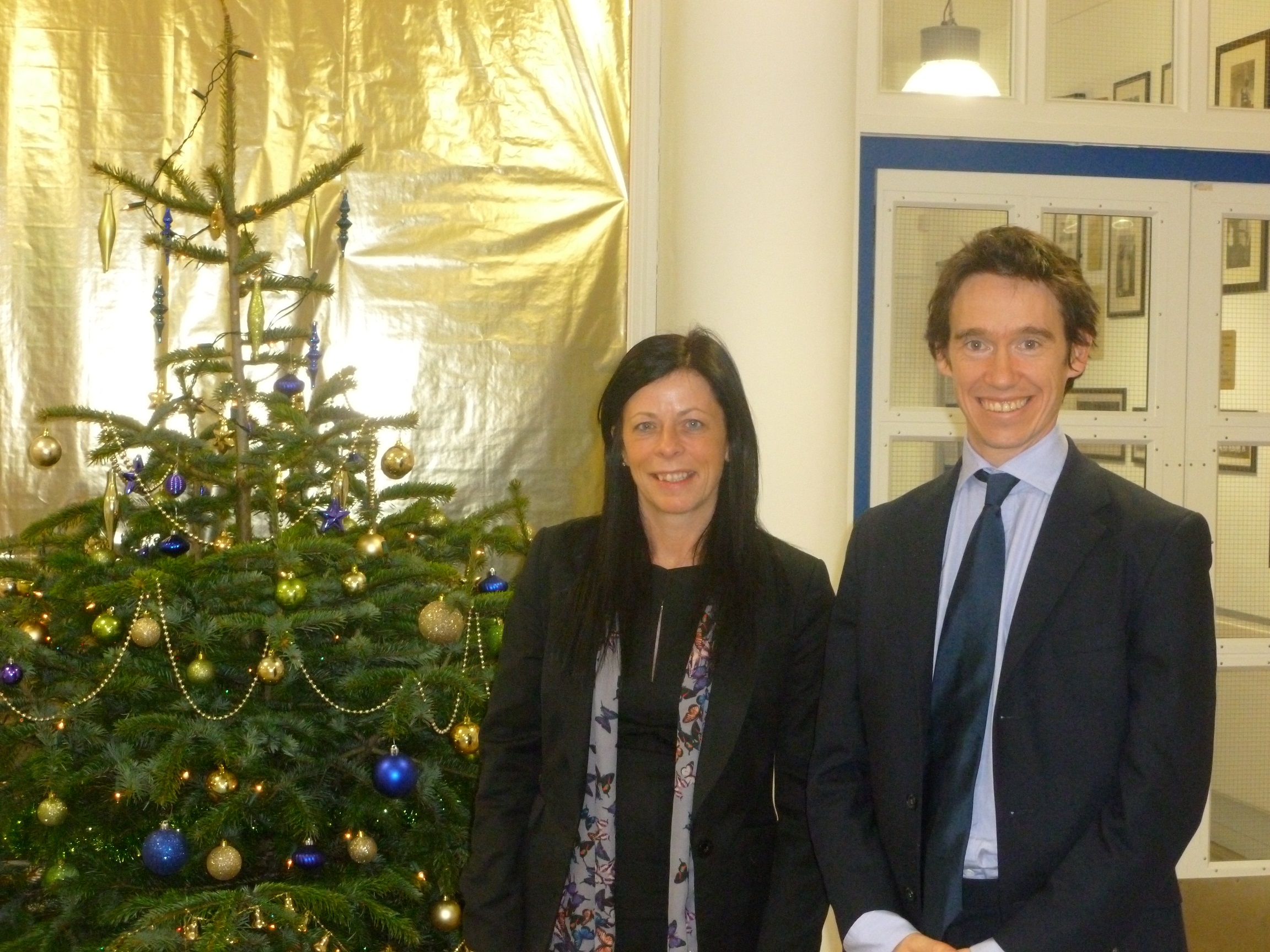 Rory visited the national ‘Lab in a Lorry’ science education initiative at William Howard School in Brampton on Friday, meeting with pupils and seeing how the mobile science laboratory takes hands-on physics experiments to schools. The aim is to give students aged 11 to 14 the opportunity to experience science as it is really done as opposed to simply repeating demonstrations where the outcome is already known. Since its launch in 2005, ‘Lab in a Lorry’ has hosted over 150,000 students (primarily 11-14 yr olds) and visited almost 150 schools. Part of the project’s ethos is to use local volunteers – usually with a scientific background – to teach the experiments to the schools in their local area. The system has proven remarkably successful and has so far relied on more than 1600 volunteers.

Speaking on the project, Rory said: “It’s great to see projects that are encouraging pupils to engage with science in a new and entertaining way. I was particularly impressed by the fibre-optics experiment given the focus of broadband in Cumbria at the moment. It would be fantastic to think our younger generation are able to interact and understand the technology at a far deeper level than most of us perhaps can at the moment.”

“Part of me always regrets not paying more attention in science classes at school, and opportunities like this which offer the chance to learn outside of the classroom may ensure that these students avoid making the same mistake I did.”

Following the Lab in a Lorry class, Rory also had the opportunity to sit and discuss recent education reforms with the school’s headmistress Lorrayne Hughes.

Speaking afterwards, Rory said: “Many of the small primary schools in Cumbria struggle to remain viable, and with only a small number of teachers, a disproportionate amount of their time can be spent outside of the classroom dealing with HR and bureaucracy. I was therefore delighted to hear from Lorraine how William Howard is now working with many surrounding primary schools to share and absorb some of the HR, payroll and procurement workload. This integrated and holistic approach to education in our communities will help minimise the risk of further school closures, and I would love to see this model more widely adopted across the county.”