Rory was shown around the company’s facilities by Dr Matthew Simpson and Peter McNulty, who founded the company three years ago. They formed the company after working together on an off-grid water project in Nigeria, where the need for electrical efficiency and simplicity of operation inspired them to investigate the possibility of using high flow LED ultraviolet water treatment equipment. None existed, and no existing UV water treatment equipment supplier would build one for them. So, in 2014 Typhon Treatment Systems was formed to create it. From there, the pair have attracted admirers for their work- which is 90% more efficient than current high-water volume purification methods which use mercury lamps. They are currently working with United Utilities on a prototype project which is getting installed at Cumwhinton, and they are looking forward to monitoring the results over the coming months.

After giving Rory a tour of the site, they demonstrated their patent-pending product to the MP, who was impressed by their ingenuity and the amazing potential of UV LED to treat water. Furthermore, their commitment to using local suppliers, and employing staff from the region, was commended by the MP.

Speaking about the visit Rory said: ‘Typhon treatment systems is an amazing example of the way in which Cumbrian Businesses is going. Underneath all the science, is an incredible idea. This company is going to reduce the energy costs by 90% of treating the water and produce purer drinking water as a result, and this is a great example of the dynamic pace of business in Cumbria.’ 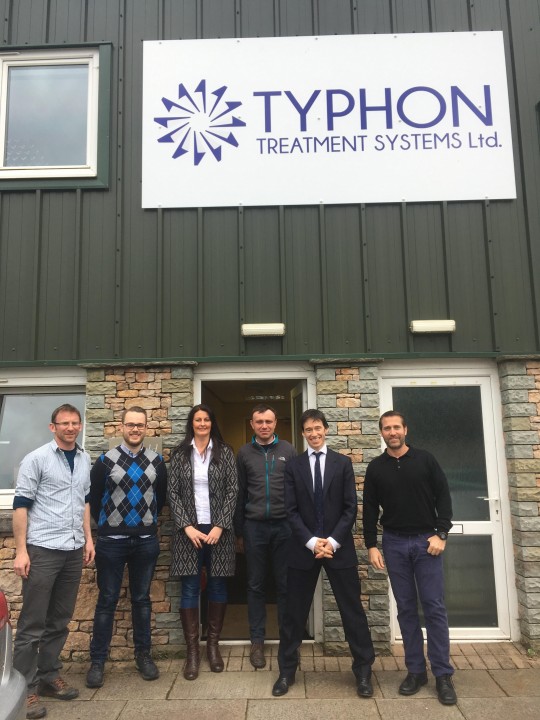