Rory Stewart, Parliamentary candidate for Penrith and The Border, was invited to present Bewcastle Primary School’s poetry prizes, awarded to winning students from each year group. The author of three best-selling books – and currently working on his fourth, focused on his walk across Cumbria – Rory Stewart had the opportunity to read the students’ poems, and talk to them on their own sources of inspiration. Bewcastle Headteacher, Georgina Harland, thanked Rory Stewart for taking time out of his re-election campaign, to meet with the students.

“In an area as beautiful as Bewcastle, it is easy to be inspired, and it came as no surprise to read such interesting and well-constructed poems. Cumbria has produced some of our greatest and most beloved poets and writers, and I would like to see more local schools encouraging young people to engage with poetry, and reflect upon locally-inspired poems and novels.” 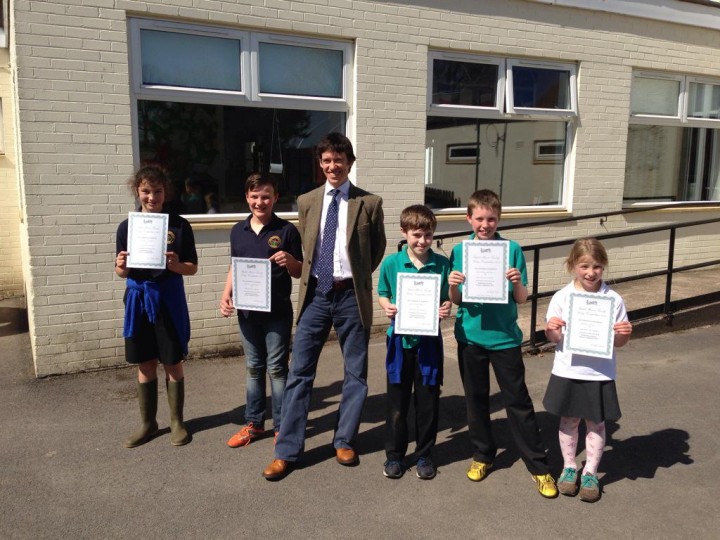