RORY STEWART: THE PM KNOWS WE SHOULDN’T BE IN AFGHANISTAN 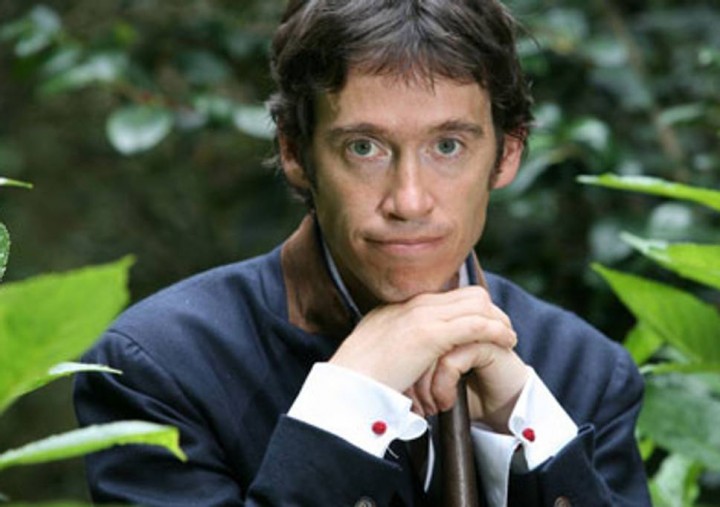 Article first published in the Evening Standard on 12 August 2009.

The man who briefs Obama’s team has a new mission: to clean up British politics. Will Parliament prove even more dangerous for Rory Stewart than Kabul or Iraq?

The ground covered by Rory Stewart, who is 36, is remarkable. A soldier, a diplomat, a tutor to Princes William and Harry, a nomad in Afghanistan, an award-winning writer, a coalition governor of an Iraqi province and a Harvard professor. His most hyperbolic admirers regard him as part Laurens van der Post, part Lawrence of Arabia. His unflinching truths about Afghanistan are gravely listened to by Hillary Clinton and Richard Holbrooke, President Obama’s adviser on Afghanistan. The film options to his life have been bought.

What consumes Stewart at the moment, however, is High Wycombe, one of the safe Conservative seats he hopes to represent after the next election. The seats are becoming vacant because MPs are disillusioned — as in High Wycombe — or stung by the expenses scandal.

Why would someone of Stewart’s international reputation wish to enter such a derided profession? There is a 19th-century air to Stewart and he is puzzled by the modern cynicism about Parliament. Also, he has been living in America through the Obama transition and is full of inspiration. When he read of David Cameron’s call for political novices, he presented himself to the Tory party.

His meeting with Mr Cameron was brief. “He was very polite and very neutral. Not particularly supportive. He told me to think carefully about it.”

Despite being an old Etonian, Stewart has no network to rely on. He says he has no politician friends. “I would be entering a profession where I don’t know anybody,” he says, a touch forlorn.

“My closest friends are in the Foreign Office, the UN, an academic, a playwright, a comedian. They are very disapproving of my decision.”

Stewart does not even have a personal history of Conservatism. At university — Balliol College, Oxford — he voted Labour.

It was his experience in Afghanistan, running a not-for-profit organisation in Kabul, sponsored by Prince Charles, which changed his politics.

“The thing that drove me up the wall and made me Conservative was the experience of dealing with the international donor organisations. All these organisations from the World Bank to the UN, all these people in international development are living in a crazy world of form-filling, box-ticking, report-writing.

“You end up where you are trying to get money to clear a path of rubbish and you say: ‘Could I employ some people to move the trash?’ “And they say: ‘Well, maybe if you describe it as a gender project we can get dollars through the gender pool.’ “It is like dealing with Hackney Council.”

For Rory, life-changing decisions are associated with walking. It was his walk across Afghanistan between 20022004 that bridged his old life as a diplomat and his new life of many possibilities. It also produced his first book, The Places in Between, described by the New York Times as ” a flat out masterpiece”.

His decision to stand as an MP in Britain has been hardened through walking. He has spent days this summer walking from his native Crieff to Penrith, more than 150 miles. When I meet him at his aunt’s flat by Sloane Square, he had recently walked from London to Oxford. He got up at 4.30am and walked until he reached Oxford at 11.30pm. He is a pilgrim before he is a politician.

There is a spiritual innocence to Stewart, accentuated by his child-like features. He has not mastered the evasive language of the British politician. When I ask if it will be a problem for him being an Etonian, he does not say: “It is not where you come from but where you are heading.” He nods and says: ” Sure. I don’t know what to do about that.”

His gentle, courteous manner and his high intellect would, you might imagine, render him too delicate for a life outside academia. The book he happens to be reading at the moment is Thomas à Kempis’s Imitation of Christ, along with some Buddhist teachings.

His closeness to his younger sister, Fiona, aged 31, who has Down’s Syndrome, may partly explain his patient and empathetic manner. “I have learned that there are many different ways of being.”

Yet this slight, soft figure survived Iraq and Afghanistan. Why should he not manage the House of Commons? One can only speculate how our MPs will greet his idea of a chivalric code for politicians. Stewart says that his response to the expenses scandal was “there but for the grace of God” and notes that the BBC is not enjoying its turn in the spotlight.

But then his eyes widen with thought: “Wouldn’t it be time to draw up a tight code of conduct? You don’t want to turn MPs into an order of monks but there is such a thing as a vocation. It could be a code of honour, more like army officers sign up to.”

I wonder if Stewart’s conspicuously virtuous life might be hard going for some of our MPs. He frowns: “Oh, I am horrified by the idea of judging because I realise how weak and fragile I am. If I have managed to remain virtuous, it is luck. The important line in Lord’s Prayer is: Lead me not into temptation. But if you had asked me when I was younger and fresher and more confident I would have talked of honour.”

A simple reason for Rory Stewart’s wish to enter British public life after a career abroad is that he has become homesick. Having been politically engaged in Indonesia, Kosovo, Iraq, Afghanistan and America, he now wants to settle, to find a wife, to start a family. And he wants to do it in his own country.

As he prepares to fly back to Kabul to witness the Afghanistan elections on 20 August, Stewart is convinced that the British mission there is doomed. It is conceptually flawed and confused in execution. He recently wrote a lucid indictment in the London Review of Books and was immediately contacted by the staff of General Stanley McChrystal, the new US commander in Afghanistan.

But, shrugs Stewart, they have already made their decision. McChrystal is expected to call for more troops and the new head of the British Army, Sir David Richards, is talking of a 40year commitment to Afghanistan.

In Stewart’s view, we need fewer troops and less commitment. A bit of practical help, rather than a vision. A return to pre-2004.

“What happened after that was a murmur from people who felt disappointed that we hadn’t created a gender sensitive, multi-ethnic, centralised state.

“Generally what happens when you push a boulder up hill is that as soon as you let go it rolls down again.”

He believes that our greater presence is “actually provoking the Taliban”. He is appalled by the inflated sense of what can be achieved and by our acceptance of our moral obligation. Everyone blunders around a small truth. It is not our country.

Stewart claims that the British Government does not really believe in the cause and that we are there simply to please the Americans, who are preparing anyway to finish the job themselves. The Americans now have nearly as many soldiers in Helmand Province as the British. General Sir David Richards is proud to have been commander of Nato’s International Security Assistance Force.

Stewart says: ” I have heard senators and congressmen frequently joke that ISAF stands for: ‘I saw Americans fight.’ “I get the impression that our Government, including Gordon Brown, doesn’t really believe in this and the reason why the Government looks as if it is not giving adequate responses to people saying, “Send more troops, more helicopters, we had better get this right” is because they are very doubtful.

“But the Government can’t say that, nor can they say in public that the main reason we are sticking with it is that it will help us with the US to stay there.

“I think that is very dangerous, because it means you are sending soldiers to fight in Helmand Province but you are half-hearted about it. And so you are not going to win brownie points with the US. What will happen is what happened in Iraq. The Americans will become increasingly dismissive of our contribution.

They are aware they are bailing us out with their air power. We are responsible for Helmand Province but the Americans have just deployed 10,000 soldiers there. They are taking responsibility for more than half of it, because we couldn’t hold it.”

Stewart warns that increased activity is just drawing us into a counter insurgency. He also doubts the final fruits of our work — a democratic nation. Most startlingly counterintuitive of all, he denies that Afghanistan is even much of a terrorist threat in the first place.

“We need to get Afghanistan into proportion. We have become fixated and Afghans have connived in this. A senior Afghan politician said to me: ‘Rory please stop calling Afghanistan a humanitarian project. We must be the number one terrorist threat in the world because if we are not, the West will stop giving us money.’ It is a crazed, co-dependent relationship.

“The fate of the world does not depend on what happens in Afghanistan and it is a ridiculous idea that if we do not fight in Afghan villages, we will be fighting on the streets of Britain. Most Afghans could not find Britain on a map.”

But what of our moral obligations? “Don’t we have obligations to our soldiers and to our taxpayers?” he shoots back.

“This can’t be a blank cheque. You cannot say that we have an obligation to an unknown country which is limitless. You don’t have a moral obligation to do what you cannot do. This is not our country.”

Worse than the impotence is the irrelevance. Stewart points out patiently that Al Qaeda is not even in Afghanistan but in Pakistan.

“We have come into a room with an angry cat called Afghanistan and a tiger called Pakistan and we are beating the cat. We say, oh it is tiger/cat strategy. But it is really that we don’t know what to do about the tiger.”

Stewart says that President Obama is locked into Afghanistan to prove that he is tough about American security after the withdrawal from Iraq. And the British are there because we are there.

He notes, I do not think from wounded vanity, that while the American political and military establishment want to listen to him and fly him in for briefings, the British do not particularly wish to raise the issue.

“Partly because the Foreign Office assumes it knows everything already,” he smiles. “I have met senior British generals, and maybe this is a difference in national character, but you don’t get the American eagerness to learn.” He adds self-mockingly: “Maybe they don’t read the London Review of Books.”

Rory Stewart hopes that experience in the community of Kabul will translate to a Conservative constituency. He likes the idea of getting things done — moving the rubbish from the path — while thinking about policy.

I fear that his determination to make British schoolchildren learn the names of native trees and birds may not look gritty enough for an election manifesto but if voters are looking for a chivalric knight of fearless truths as a cure for the expenses scandal then Stewart may be the right man at the right time to do it.