RORY TAKES CHALLENGE OF CUMBRIA DAIRY TO SECRETARY OF STATE

Today Rory Stewart MP met with Secretary of State Liz Truss for intensive discussions about the problems facing Cumbria’s dairy farmers. During a 45-minute meeting in the House of Commons, Rory explained the crisis of collapsing milk prices, the reduction in the number of dairy farms, and in particular the problems facing First Milk. He pushed hard to ensure immediate action on labelling of British products on supermarket shelves, to make sure that supermarkets extended their ‘cost-plus payments’ (in which they pay over the cost of production) from liquid milk to other milk products.  He also pushed for the immediate introduction of higher fines on supermarkets that did not follow the rules. Rory demanded assurances that all dairy farmers would receive their farm payments on time and that HMRC showed understanding and flexibility this tax year.

The Secretary of State said that she was focussed hard on all these issues, would work closely with BIS on the issue of fines, and would be pushing the labelling issue with the EU in Brussels. She also explained new opportunities for British milk producers to export to markets such as China, where demand was growing fast.

Rory Stewart said: “This is a very difficult time for the dairy industry. Global production is up by 6% and prices have plummeted around the world. But dairy farmers are a very important part of our society, particularly in Cumbria. We need to do all we can to support them through these difficult times and make sure that when the prices recover, they are in a position to take advantage of these new opportunities.

Rory Stewart is holding a surgery for dairy farmers this Saturday 31st January at the farm classroom of Sewborwens Farm, Newton Rigg, from 1200-1330h. He thanks Newton Rigg for their support. 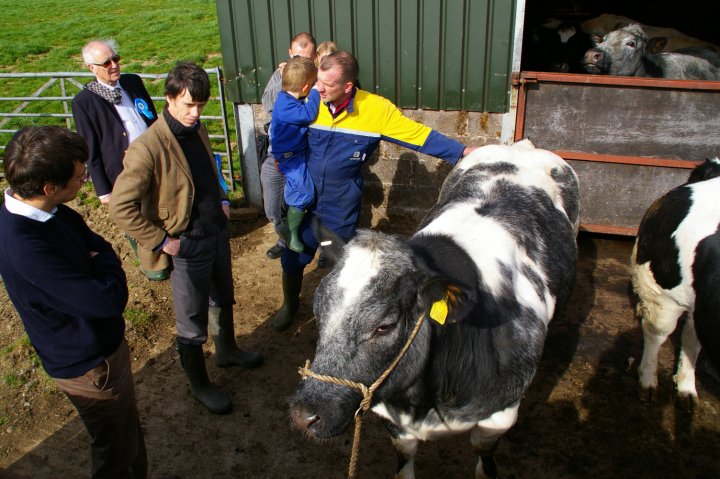