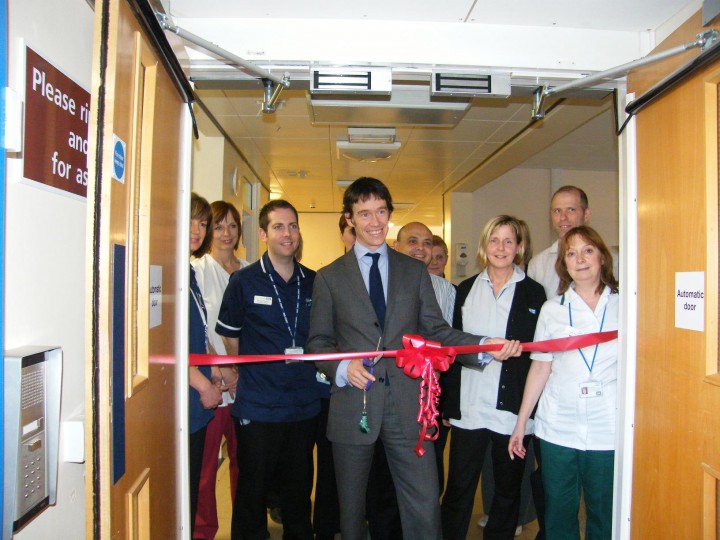 The campaign by Penrith and The Border MP Rory Stewart to halt the NHS Success Regime’s plans to reduce community hospital beds in his constituency continues, with Rory pressing the Programme Chair Sir Neil McKay on a number of fronts, and lobbying government Minister Ben Gummer for support. In an intervention this week, and following continued meetings with representatives from the Leagues of Friends for Alston, Wigton, Penrith and Brampton hospitals in his constituency, Rory has directly pressed Sir Neil McKay on a number of issues, in particular requesting clarification on the lack of options for Eden and Wigton in the Options Evaluation document, and encouraging the Success Regime to look at blueprint plans created by the League of Friends to use the opportunity of the Success Regime to increase the role of community hospitals, rather than reduce it.

Rory has in particular raised the economic case that community hospitals play in alleviating the pressures on the acute hospitals in terms of step-down and step-up care, respite, palliative and end-of-life care, and has drawn attention to the publication of the National Audit Office’s report into the cost of elderly patients’ delayed discharge, arguing that  community hospitals have a role to play in preventing admissions into acute hospitals, acting again as an interim site and saving the costs of in-patient admissions.

Rory said:  “I am worried that the Success Regime see the role of our community hospitals in purely economic terms, which is why it is important to be as detailed as possible in our arguments regarding the cost savings impact that community beds can have. If we can work to strengthen the economic arguments on a hospital by hospital basis, then I think that would serve us well. The Alston LOF have produced a fantastic document, which I believe can act as an exemplar care for community hospitals across the country, showing that rather than being redundant, they actually have a much more important role to play in remote healthcare delivery.”

Rory also called a meeting with the Chair of the Health Select Committee, Dr Sarah Wollaston MP, herself a representative of a rural constituency. Rory said the meeting was very helpful: “There are many parallels between Cumbria and North Devon.  One idea would be to designate the beds as ‘social care beds’, thereby avoiding some of the structural issues around NHS beds and minimum units of 16. Another would be to look at how we re-design our community hospitals so that they continue to function both as clinical outposts for certain services, and also increasing the numbers of beds and perhaps consolidating  GP and care services. These are all ideas, but they all need to be considered very carefully.”

Rory has also signed the petition to save Alston Hospital, and will be visiting Wigton Hospital​soon ​to talk to staff and patients. He is hoping to meet again with Sir Neil McKay and Minister Ben Gummer in the coming days.