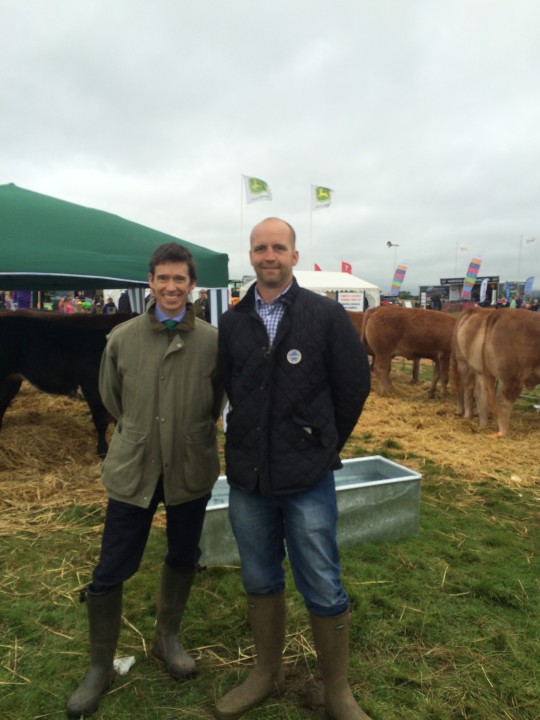 MP for Penrith and the Border, Rory Stewart, has praised all those involved in organising this year’s Appleby Show, which was a great success yet again, and very well attended, despite the poor weather conditions.

During his visit Rory spent time speaking with Eden Valley Young Farmers, and Appleby Rotary Club, who were raising awareness of their ‘End Polio Now’ campaign.

Speaking after the event Rory said: “This year’s show was a tremendous success despite the mud and rain, which didn’t seem to dampen the spirit of the day. I would like to thank everyone involved in organising this wonderful event, as well as all the stall holders, exhibitors and competitors who make the day so worthwhile.”