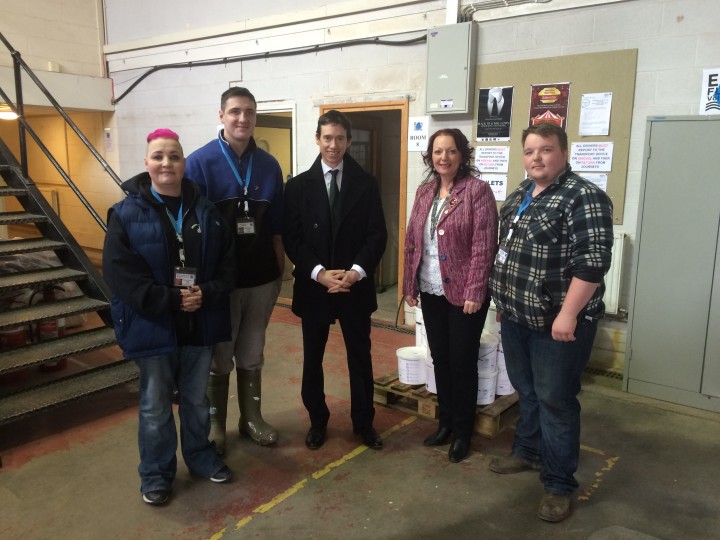 Rory Stewart MP has visited Eden Flood Volunteers’ temporary base at Skirsgill, near Penrith, to meet with volunteers and to see first-hand the work that Kerryanne Wilde and her team have been doing since Storm Desmond first devastated local households in December 2015.

Rory spent time talking to Kerryanne and her team of volunteers, hearing about the extent of their work, and the number of households reached by the group in the aftermath of the floods, coordinating large numbers of donated items which were then distributed to needy households. Thousands of pounds’ worth of items have been distributed by the group, including sofas, food, furniture items and household goods.

Rory said: “Kerryanne and her team have done a great job in the wake of Storm Desmond and the devastation wreaked by the bad weather at the end of last year. Eden Flood Volunteers are clearly a dedicated group of people who made a real difference to people’s lives after the terrible floods. I congratulate them on their energy and dedication.”