Rory Stewart MP has nominated Penrith firm, Atkinson Building Contractors as his Responsible Business Champion for 2017, praising the company’s community values and its sustainable vision for the future.

Each year MPs are invited by the All Party Parliamentary Corporate Responsibility Group (APCRG) to identify an outstanding local business which, because of its positive impact in their constituency, deserves to be their Constituency Responsible Business Champion. A Parliamentary judging panel will now consider Atkinson’s nomination against national criteria announced each year by the APCRG and select one company as the winner of the APCRG National Responsible Business Champion award.

This year’s nomination criteria focused upon; supporting the local community, offering apprenticeships to all, and promoting diversity in the workplace. In selecting a national winner, the judging panel will consider a nominated company’s overall impact in its constituency; the extent of employees’ engagement in the work for which it has been nominated; support for the company’s work from local partners; and the extent to which it goes beyond what the company is legally or contractually obliged to do.

Rory was impressed by Atkinson Building Contractors’ long-standing commitment to apprenticeships – which have been the backbone of the company’s success and for its visionary approach to employing young people from the area, supporting a record number – 15 across all construction trades.  He also praised the their community efforts; raising funds and supporting a number of local charities including Hospice at Home, Penrith Colour Run, Penrith Football Club, Penrith Cricket Club, and many more.

Speaking about why he nominated Atkinson’s Rory said:

​”​Atkinson’s are a very worthy nominee for this year’s Responsible Business Champion Award. The way the company has grown over the past 30 years, and the way in which their growth has benefited the local community is incredible. I am very proud of their achievement and I wish them the best of luck.” 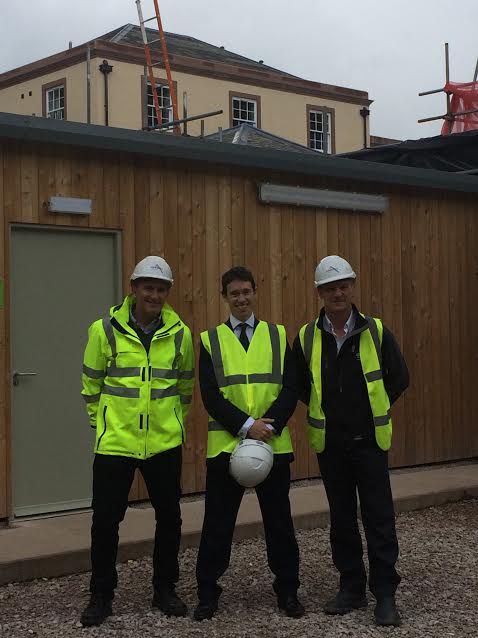