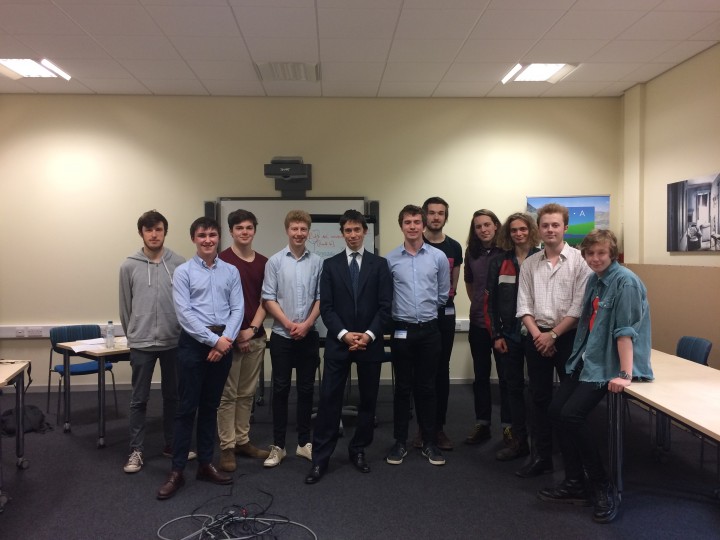 Rory Stewart MP on Friday visited William Howard School in Brampton, to take part in a debate on the Human Rights Act hosted by the school’s Amnesty International group, and chaired by student Rufus Hodge. Rory – a former fellow of the Carr Centre for Human Rights Policy at Harvard University – led the debate, which covered in-depth such issues as the future of the European Court of Human Rights, the role of the British judiciary, and the nature of human rights and the application of human rights law. Much time was spent discussing the pros and cons of a British Bill of Rights.

Rory Stewart MP said: “I thoroughly enjoyed our thought-provoking, wide-ranging debate about both the abstract and the tangible aspects of human rights law, and it was impressive to see such enthusiasm in the room. William Howard’s Amnesty group are clearly a bright, engaged and politicised group, which is wonderful to see. I was impressed by the quality of their questions and it made me feel positive about the future of politics.”