“LAUNCH OF NEW PLANT REPRESENTS THE VERY BEST OF CUMBRIA” 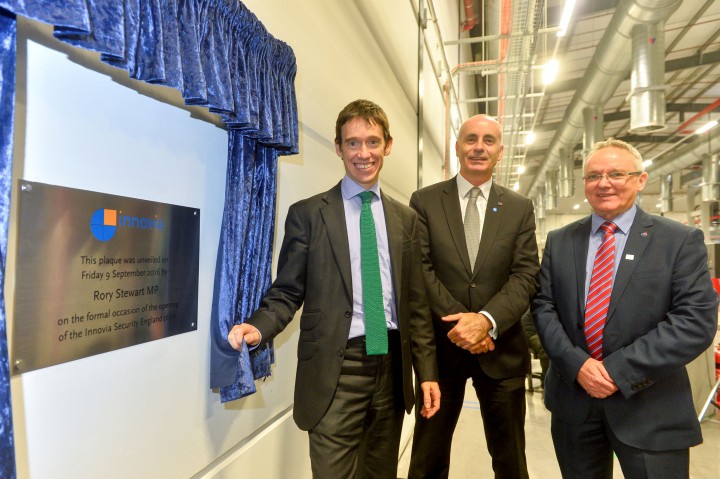 Rory Stewart MP officially opened the new Innovia polymer substrate manufacturing facility in Wigton, Cumbria on Friday, declaring global innovation to be in the heart of Penrith and The Border, and the plant representing “the very best of Cumbria”.

The event was attended by the Innovia CEO, Managing Director, staff, and guests who all celebrated Innovia’s total investment of over £40 million in the local region and the creation of an additional 80 skilled jobs. Innovia is the world’s leading provider of technologically advanced polymer banknotes, and the new facility has the capability to produce the most advanced banknotes in the world. The plant will be manufacturing the new £10 polymer notes for the Bank of England which are set to be introduced next year. They follow the launch of the Bank of England’s new £5 notes, also produced by Innovia, which are being rolled out later this month.

Speaking at the event Rory said: “This plant represents the very best of Cumbria. It is a huge honour to be opening Innovia’s state-of-the-art facility which is fundamental to the production of the UK’s new polymer notes, and we are showing here in Wigton some of the most impressive technology in the world. . This is a historic event, a real milestone in the company’s history, and it is happening right here in the historic market town of Wigton – historic, of course, for many reasons, but now also for being the home to one of the most globally advanced polymer technologies in existence. Not only that, but it brings into Wigton investment in the region of more than £40 million pounds, and the creation of 80 additional skilled jobs. It is a wonderful privilege to represent Wigton, its businesses, and its constituents, and this is a very proud moment for all. I see this as a fantastic vote of confidence because the Bank of England is the most respected financial institution in the world and it has chosen to manufacture its banknotes here in Wigton. That’s an extraordinary thing.”