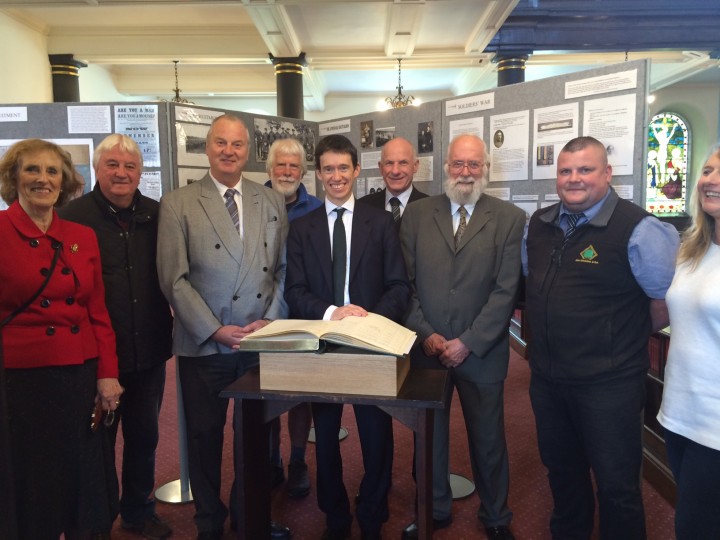 Marking the hundredth anniversary of the Battle of the Somme, ‘Penrith Remembers 1914-1918’ President and local MP Rory Stewart on Friday paid his respects to Cumbrian heroes who fell in battle.

In the morning Rory attended a small but moving service at Appleby’s Moot Hall, and in the afternoon visited St Andrews Church in Penrith, where he visited the ‘Penrith Remembers 1914-1918’ Somme exhibition, and signed the Book of Memories which has been on display in the Church since the ‘Penrith Remembers 1914-1918’ initiative was launched in 2014 to celebrate Cumbria’s role in the Great War. The group have organised a series of events to commemorate the Somme, and Rory commended founder Ann Risman on her hard work over the course of the last two years:

“Penrith Remembers are doing a wonderful job at reminding us of the horrors of the Great War, the great sacrifices made by so many, and the impact on Cumbria and Cumbrians. It was an honour to sign the Book of Memories, in which I paid tribute to my grandfather, who served in the war and survived it, only to lose his eldest son in the Second World War. For many, the Somme was the battle that above all symbolised the war, and I am extremely proud to be able to stand here today, in both Appleby and Penrith, and pay personal tribute to their sacrifice.” 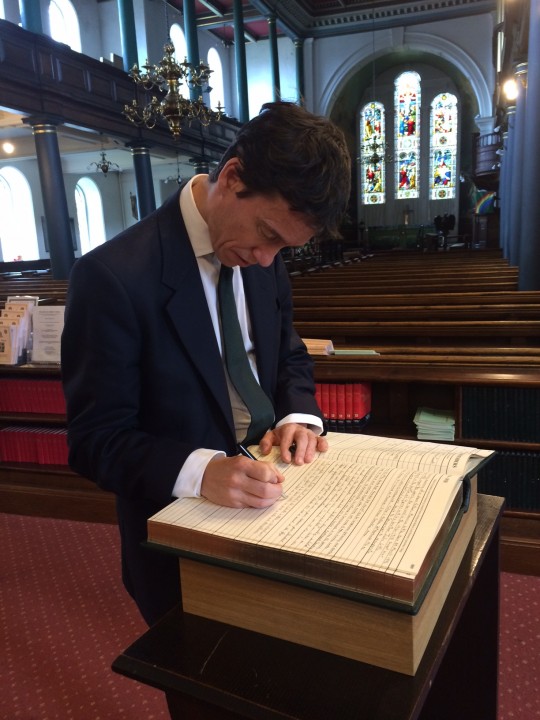