MP for Penrith and the Border and Vice-President of Penrith Show, Rory Stewart MP, attended the show with his family, and has praised all involved in the organisation of this year’s show for an excellent event. The 2017 show was widely praised by the thousands who turned out to enjoy another brilliantly organised show, continuing its tradition as a real showcase for all things related to the countryside.

Despite the early downpours thousands of visitors flocked through the turnstiles to support a show that has become one of the largest stock shows in the north of England.

The local MP held a stall at the show, and invited constituents to talk about local and national concerns, before touring the show throughout the afternoon to talk with exhibitors and stall holders.

Rory Stewart MP said: “Penrith Show and its fantastic organising committee have done an absolutely wonderful job this year, to produce another successful event in the show’s long and distinguished history. I am delighted that the sun finally appeared in the afternoon, ensuring everyone could enjoy the most wonderful array of local produce, trade stalls, amusements, and of course the incredible display of livestock, which remain at the heart of this hugely important Cumbrian tradition. It’s an enormous honour to be a Vice-President of this Penrith Show, and to be able to attend and show my support for this great Cumbrian tradition.” 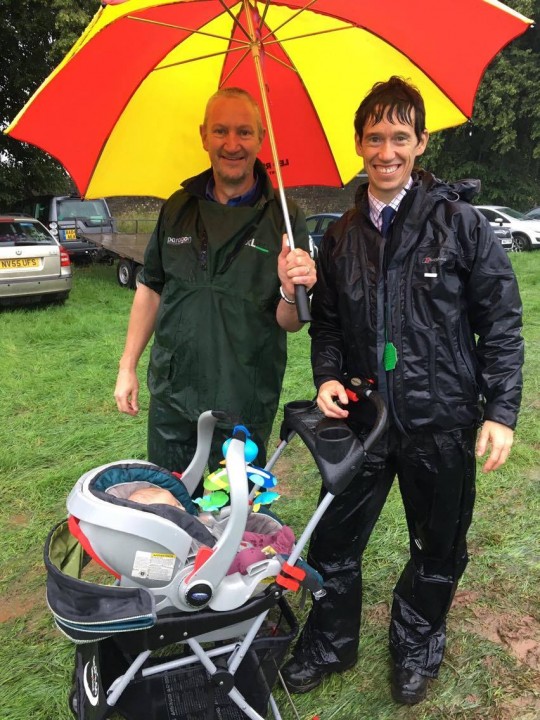