Rory Stewart MP has today praised and thanked the hundreds of community activists in Penrith and The Border who have supported his long-standing campaign to remove all subsidies on new onshore wind turbines, and to continue to keep his constituency – and north Cumbria – a turbine-free zone. Since election in 2010, Rory has helped to defeat over 70 separate turbine applications, including in Raisgill, Ainstable, Berrier Hill, Whinash Ridge, Hoff Moor, Grize and Lamonby.

The confirmation that the government is ruling out future subsidies on onshore wind farms was confirmed by the Prime Minister this week. His statement follows years of lobbying by local MP Rory, most recently via the Commons Liaison Committee in December, when the Prime Minister confirmed a promise to remove all subsidies to new onshore wind turbines after the general election.

Speaking today Rory said: “This is a great result for Cumbria; our campaigning has directly helped to bring about this ban. Penrith and The Border has fought hard now for years to keep the constituency turbine-free. This is essential for our economy, which is based on the beauty of our landscape. This is a real result after years of campaigning.”

Speaking in Prime Minister’s Questions the Prime Minister confirmed: “There will be no more subsidies for onshore windfarms. It is time to give local people the decisive say.”

There are now enough taxpayer-funded onshore wind farms in the pipeline for the UK to meet its renewable energy commitments., but Penrith and The Border’s MP has said he will continue to support opposition to any applications in his constituency.

“I have campaigned against every wind-turbine proposal in Penrith and The Border and I’ve backed successful campaigns around the region. I also built a community website to help communities organise against wind-turbine construction, which has proved to be a very useful tool. But today we can celebrate, at last, some sensible good news.” 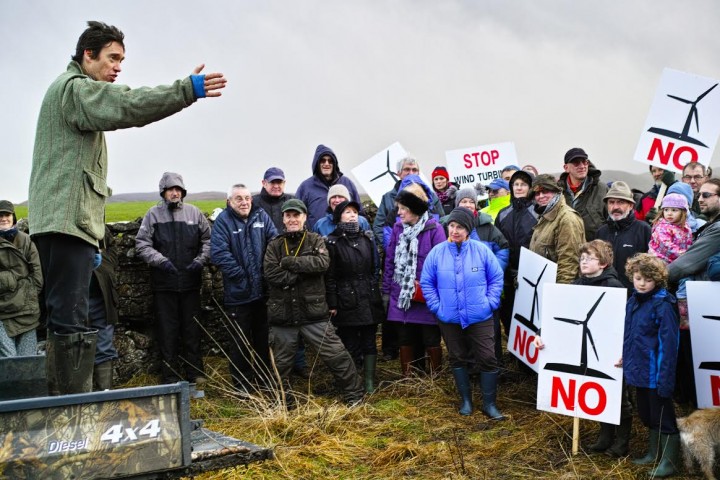