Rory Stewart paid a visit to the new 20m pound Wigton Innovia Security
site on Friday ‎to congratulate the company on a “fantastic result”
for Wigton. The new factory, located next to the existing Innovia
Films’ operation, will produce the polymer substrate for bank-notes
for the Bank of England. The MP supported the company’s bid with the
Chancellor of the Exchequer and the Governor of the Bank of England,
and has since supported the company’s bids for contracts in other
countries.

The new facility, dubbed ‘The future home of Guardian®’, will produce
the polymer substrate which will be used for the next generation of £5
and £10 banknotes, featuring Sir Winston Churchill and Jane Austen
respectively.

Last month, the MP called on the Governor of the Bank of England Mark
Carney, who said that he was very much looking forward to visiting the
site in the near future. The Wigton plant, which will be completed in
2016 and will create 80 new jobs in the community, is being
constructed as part of the company’s agreement to supply the Bank of
England with Guardian® substrate for the new polymer banknotes to be
launched starting with the £5 in 2016 and the £10 approximately 12
months later.

Rory met with Innovia Films’ finance director Dominic Heaton, Innovia
Security Group project manager Joanne Young, and Alistair Grant,
construction director for Story Contracting, at the site where he was
joined by Wigton Mayor Joe Cowell and Cumbria County Councillor Duncan
Fairbairn. He said: “This is such a great accolade and testament to
the great work that Innovia do for and in Wigton, and I am thrilled to
see such a major investment in the community. I am glad to have
contributed in a small way to helping Innovia Security to secure this
incredibly important contract, showing that we have world-beating
businesses right here in Cumbria and we should all be very proud that
a company like Innovia is flying the flag for Cumbrian manufacturers.” 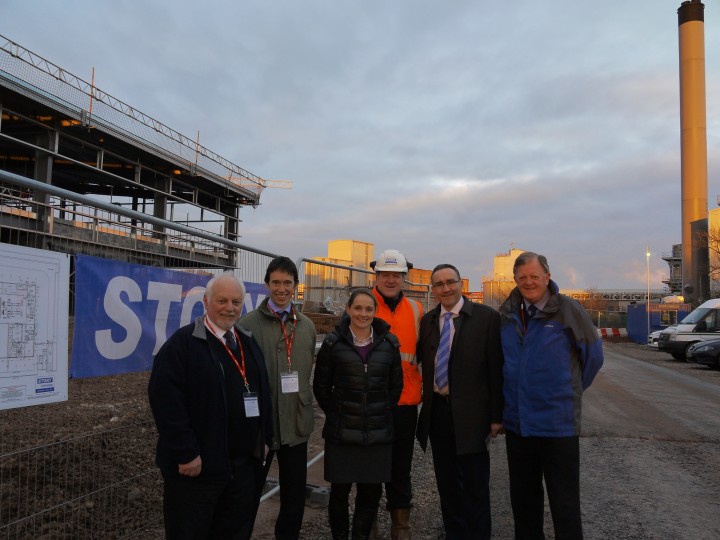