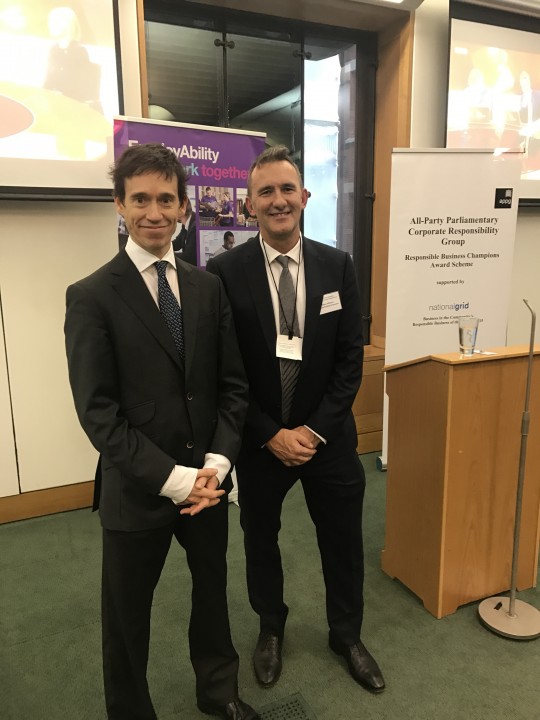 Rory Stewart has met with Steve Atkinson, Founder of Atkinson Builders, at the APCRG National Responsible Business Champion awards, which was held at Parliament today.

The APCRG National Responsible Business Champion 2017 was presented with the award by Sarah Newton MP, the Minister for Disabled People, Health and Work.

At the reception, Rory congratulated Steve on his nomination, but also for the invaluable contribution that Atkinson Builders has made locally.

Rory Stewart said:  “This award is fantastic recognition to the role that businesses such as Atkinson Builders are playing in their communities. I am thrilled to witness their championing of corporate responsibility, and look forward to seeing more of our flourishing businesses take on from their example”.

Zurich Insurance, nominated by Justin Tomlinson MP, was chosen by a Parliamentary judging panel which looked at nominations from MPs representing constituencies across the UK. The runner-up for the National Responsible Business Champion award was Standard Life Aberdeen, nominated by both Ian Murray MP and Christine Jardine MP.  Thanet Earth, nominated by Sir Roger Gale MP was third placed.