Rory Stewart MP joined Eden Arts Director Adrian Lochhead, EDC Economic Development Portfolio-holder David Hymers, and Commercial Director of Ast Signs Adam Wellings at an informal networking lunch on Friday, which was designed to bring local business and the arts together to discuss a common visit for the arts in the Penrith area. Adrian Lochhead explained how much of a local economic driver the successful Winter Droving event is, and Rory spoke about the importance of creating new traditions.

Speaking at the event Rory described Eden Arts as a national gem, saying:

“Eden Arts brings an amazing energy to Penrith. I spend a lot of time going to events where people talk about the way you can get an economy going and connect it to culture, society, ideas, and beauty; but few people are as articulate or effective at this than Eden Arts. We are really lucky to have Adrian and his team delivering inspiring ideas and making them reality, and I would love to see more local businesses engaging with Eden Arts on their projects. Eden Arts is a national gem, right here in Penrith, and they have a fantastic ability – with events like the Winter Droving – to create new traditions, to keep young people connected, to encourage visitors, and to show the rest of the country what rural Britain can be.” 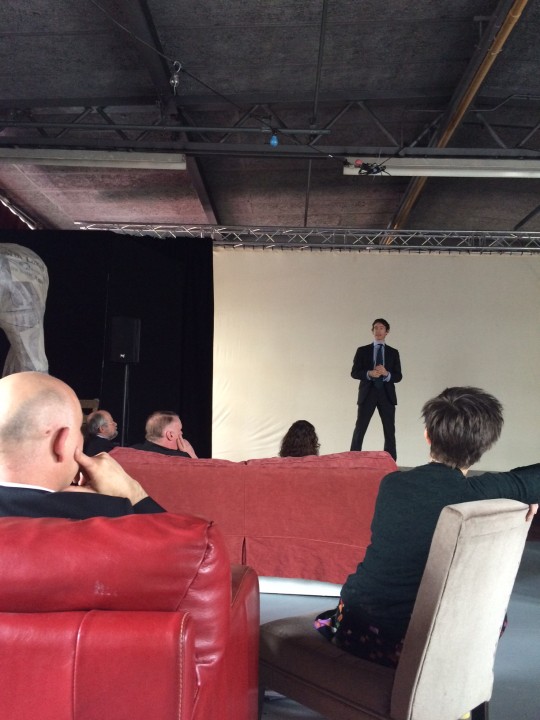